Tommorow's population will be big, heavier and eat more 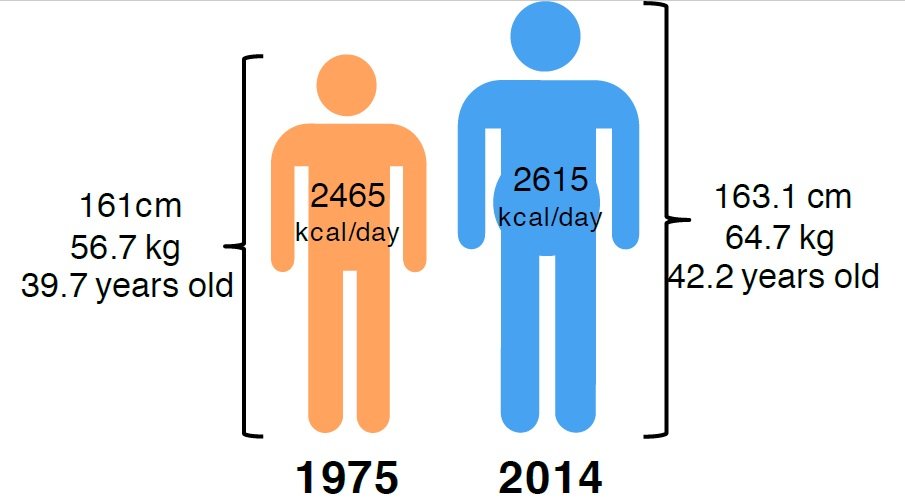 Food demand is growing as people are getting bigger. Feeding a population of 9 billion in 2050 will require more food than previously calculated.

"It will be harder to feed 9 billion people in 2050 than it will be today," says Gibran Vita, a Ph.D. candidate at the Norwegian University of Science and Technology's Industrial Ecology Program.

According to WWF, the world's greatest environmental problem is the destruction of wildlife and plant habitat. A large part of the devastation is due to the demands of an ever-growing human population. On the other hand, Zero Hunger is the second U.N. Sustainable Development Goal, and its challenge is to meet a global growing food demand.

The world's population could off at about 9 billion in a few years, compared to just over 7.6 billion now.

But a average person needs more food than today. Changes in eating habits, attitudes towards food waste, increases in height and body mass and demographic transitions are some of the reasons.

Professor Daniel B. Müller and colleagues Felipe Vásquez and Vita analyzed changes in the 186 countries between 1975 and 2014. "We studied the effects of two phenomenon One is that people on average have become taller and heavier. average population is getting older, "said Vita.

The first phenomenon contributes to increased food demand. The second counteracts the former one.

An average adult in 2014 was 14 percent heavier, about 1.3 percent taller, 6.2 percent older, and needed 6.1 percent more energy than in 1975. Researchers expect this trend to continue for most countries.

Globally, human consumption increased by 129 percent during this time span. Population growth was responsible for 116 percent, while increased weight and height accounted for 15 percent. Older people need a little less food, but an ageing population results in only two percent less consumption.

"The extra 13 percent corresponds to the needs of 286 million people," Vásquez says.

This in turn corresponds to approximately to the food needs of Indonesia and Scandinavia combined.

Considerable variations exist between countries. Weight gain per person from 1975 to 2014 ranged from 6 to 33 percent, and the increased energy requirement ranged from 0.9 to 16 percent.

Some countries are changing rapidly. On Saint Lucia in the Caribbean, the average weight rose from 62 kilos in 1975 to 82 kilos 40 years later.

The lowest and highest changes are found in Asia and Africa, reflecting the disparities between the countries of these continents.

"Previous studies have not taken the increased demands of big individuals and aged societies into account when calculating the future food needs of a growing population," said Vásquez.

Most studies estimate that an average adult's food needs to remain constant over time and fairly similar across nations. But that's not how it is.

"These assumptions can lead to errors in assessing how much food we'll need to meet future demand," Vásquez says.

This study provides relevant information for the UN's Food and Agriculture Organization (FAO), which is a leader in the food security for all.

Vásquez and Vita say that we have to look more than just the number of people in an area to understand the mechanisms behind their consumption. This requires a multidisciplinary approach that considers both social and physiological factors.

This study's analysis involved bio-demography, a hybrid of biology and demography. The researchers adapted a model for dynamic systems that are often used in industrial ecology to study resource stocks and flows.