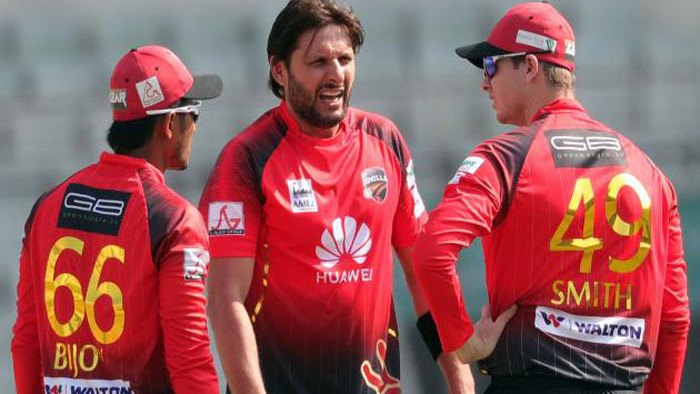 Comilla Victoria defeated SelectionSakers by 4 wickets in the first match of the Bangladesh Premier League (BPL) in the sixth match. Former Pakistan captain Shahid Afridi removed all the matches in the match. But openers Tamim Iqbal also got a run in the batting. The only two batsmen to win were Tamim and Smith.

Comilla captain Steve Smith decided to play on the field after winning toss at the Sher-E-Bangla National Stadium in Mirpur on Sunday. Comilla scored 6 for 6 in the semi-finals and lost to 6 in the final match.

Afridi remained unbeaten in 5 balls, 5 fours and 2 sixes. All-rounder also took one wicket in the match with a wicket of 29 runs in 4 overs.