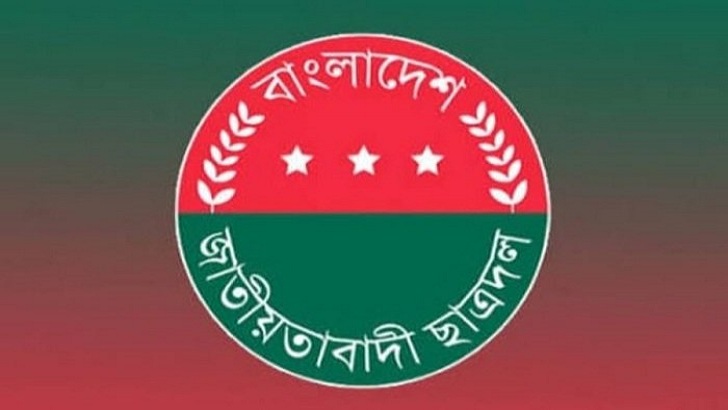 The sixth council of the nationalist student body, known as the Vanguard of the BNP, will be held on September 7. After 20 years, the president and general secretary of the organization are going to be elected by direct vote of the councilors.

More than a dozen candidates have already taken the field in front of the council. They are communicating with the top leaders (voters) of the district branch. They are making many promises, including putting every unit of grassroots, with the highest importance, to universities, colleges, districts and metros.

The grassroots leaders are also investigating the candidates. The role of Khaleda Zia in the liberation movement, whether they were on the highway in the past movement, they are trying to vote for the deserving candidate.

The BNP's High Command has taken some plans so that clean and sacrificing leaders can come under the leadership of the Chhatra Dal through the Council. Sources said that as part of this, a secret committee was working to investigate the candidates. In the meantime, they are almost done with the cooperation of local BNP leaders.

A leader of the BNP's policymaking stage told Jugantar that another committee was functioning outside the three committees focusing on the council. At the behest of the High Command, they have already collected the biographies of at least five candidates.

Taking their family information through various means. The BNP High Command has sought information on five issues, including the political identity of the family members, whether the candidate is married or not. A draft report has already been sent. A final report will be sent shortly with further inquiries. "We want to give the gift of the best in history and a controversial leadership," he said.

It is reported that Ruhul Kabir Rizvi and M Elias Ali were elected president and general secretary respectively in the direct vote in the Fifth Council. The next committee was the Pocket Committee. These are conveyed through a press release.

According to the reschedule, distribution of nomination papers will start from BNP's central office in Nayapaltan today. It will run until Sunday. The nomination papers will be submitted on August 3 and 25. August 7 is the last day for withdrawal of candidacy. The final candidate list will be published on September 22-22 after the scrutiny. Candidates will be able to campaign for votes until midnight on September 12. The BNP has formed a seven-member selection committee headed by former student leader Khairul Kabir Khokon, and a five-member selection committee led by Fazlul Huq Millan and three-member appeals committee headed by Shamsuzzaman Dudu.

Following the announcement of the re-election, the post of president and general secretary of the post have started running in the district. There is communication on the mobile phone. Not only the voters, they are also in contact with the influential BNP leaders in the respective district-metropolitan areas. However, it has been alleged that the 'special syndicate' has fallen down to the panel to resign the post of president and general secretary.

However, according to grassroots leaders, this time the committee will be free from the syndicate if the vote is made. Only qualified and tested students will come under the leadership of the student body. Thakurgaon District Chhatra Dal general secretary Kayes told Jugantar, "I will give priority to those who were in the leading role in the agitation and struggle during the party's misery."

In the liberation movement of the Khaleda Zia, the biggest sacrifice I can accept, I will give priority. Humayun Kabir, general secretary of Barisal Metropolitan Chhatra Dal, said that qualified, dedicated and tested leaders will be led by the Chhatra Dal. We will be on behalf of those who were in the liberation movement of Khaleda Zia and will be in the coming days.

Presidential candidate Asadul Alam told Titu Jugantar, "I expect the councilors of qualified, sacrificed and tested will elect the leadership of the student body. Another presidential candidate, Mamun Khan, said, “My mother-in-law, I want to launch an effective and visible movement on the highway of Dhaka for the unconditional liberation movement of Khaleda Zia and the restoration of democracy. Another presidential candidate Sajid Hasan Babu said, "I was always on the highway's movement, jailed multiple times and suffered torture." Hopefully, the councilors will consider the leadership of the student body.

He urged the voters to bring in abandoned leaders under the leadership of the Chhatra Dal. Another general secretary candidate, Saif Mahmood Jewell, said that Dear Leader Tarique Rahman has established a link with the grassroots through the upcoming council of the student body. By using it I will accelerate the liberation movement of the country leader by organizing the student body organically. General Secretary candidate Tanjil Hasan said, "Ma 'Upset leader will work against the BNP chairperson Khaleda Zia's liberation movement and the government's last bloodshed. I believe the councilors will lead by abandoning and testing the votes.