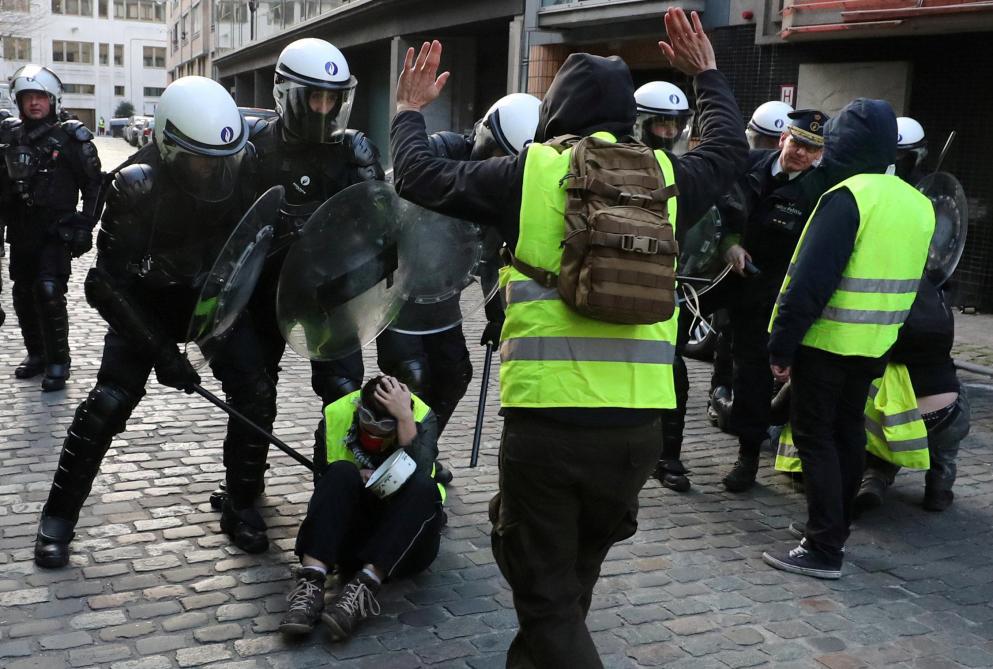 Police Friday arrested 82 people during a demonstration in Brussels on Friday.

CIk and six people, as announced earlier, were subject to judicial arrest as part of the Yellow Vests' demonstration in Brussels on Friday. Two of them were placed on the disposal of judicial authorities on Saturday.

The first person who threatened to carry the weapon (the razor blade that was not displayed) was released by the police after its hearing. The second suspect of voluntary retardation, was also relaxed after the police heard it. The third person was arrested for possession of intoxicants, after which the police was notified for his next hearing.

After all, this Saturday, two other persons were put in the disposal of the lawyer's office. Chief of the first 36 years, who is suspected of involvement in voluntary trauma and incapability for work with law enforcement officer and rebellion. His public lawyer was interviewed, who summoned him to appear in the Criminal Court on January 4. Second is the 17-year-old, who is suspected of intentional harm and rebellious acts by two police vehicles. King attorney applied to the juvenile judge for appropriate action under the Youth Protection Act of 1965.

In order to identify suspected identities of crimes committed as part of Friday's demonstration, the investigation is still active through video surveillance camera analysis.