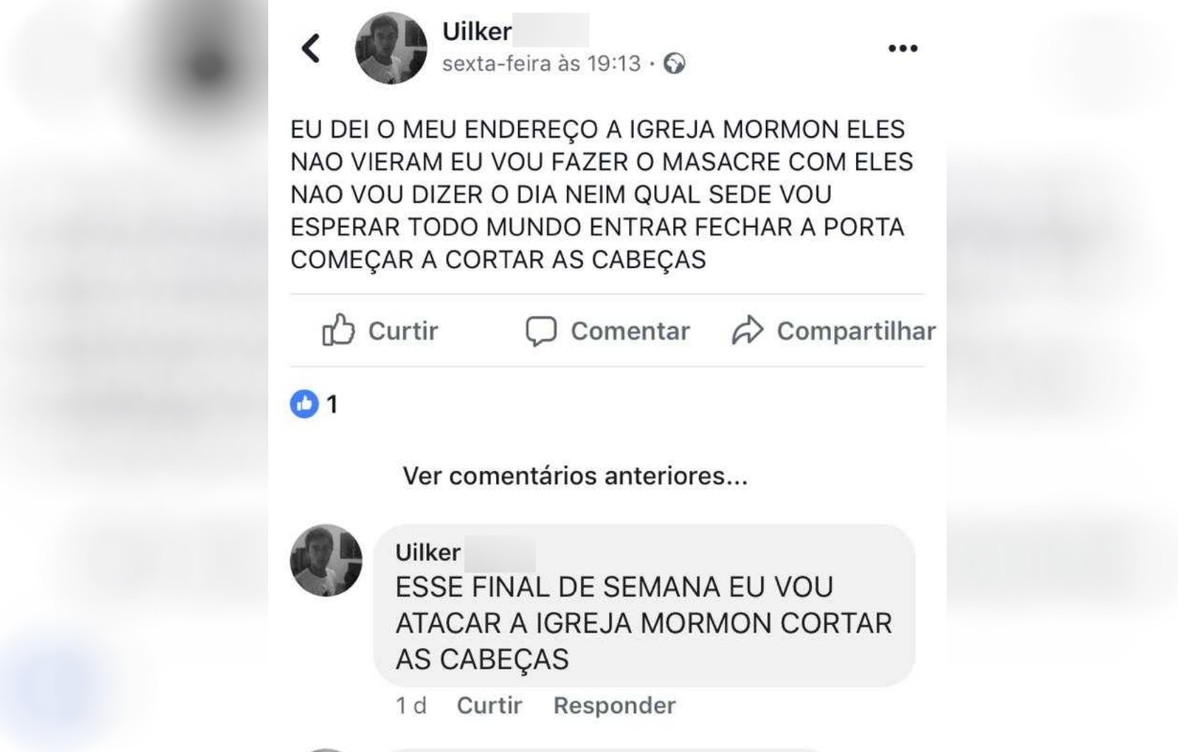 During a meeting, the postings on suspicious social network of trusting to steal the church revealed that they would "massacre" at the venue and "cut off heads" to the victims. According to police, 28-year-old Ulicor Elves entered the church on Sunday morning (2) in the Colina Azul sector in the Apparecida de Goiania and killed two people using two brown knives.

O G1 Until the report was published, the suspect's security could not be identified.

In his publications on Friday, he said that he gave his address to responsible people of the Church of Jesus Christ of Latter-day Saints, but no one came to visit him. "I am going to do a massacre with them […] I wait for everyone to come, close the door, cut their heads off, "he wrote.

The crime took place at around 10:30. About 120 people were in the place of religious organization. Four people were injured. "The Witnesses reported that he stopped his leg in the door and said, 'everyone will die.' Then he killed people in the front," said PM. Sergeant Willian Morris said.

The suspect was barred by the loyalist who kept him till the arrival of the military police. He was arrested in this work and was taken to the first police district of Aparecida de Goiânia. Four people were accused of assassination.

Those injured between 31, 33, 40 and 42 years were sent to the Emergency Hospital in Aparecida de Goiânia. One of them was treated and released. Two were admitted to the hospital for three o'clock and one of them was transferred to the emergency hospital in Goiania for surgery.

In a statement, the church's press office said that "people who are present during the event are up for grabs" and pray for everyone involved.