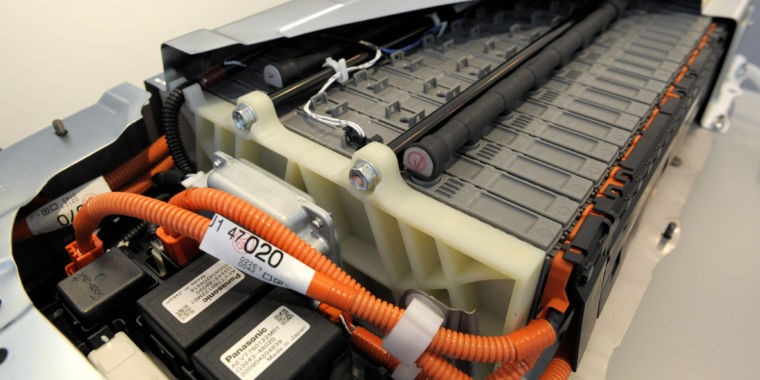 According to Nikki Asian ReviewToyota Motors and Panasonic agreed to establish a joint venture company to manufacture vehicles with vehicles owned by Panasonic 51% and 49% owned Toyota.

Ars Technica has contacted both companies to confirm the report, and if we hear back we will update this story.

Nikkei reports that Panasonic will transfer ownership of five battery factories into a joint venture in Japan and China. The joint venture will start operations in the beginning of the 2020s and will start production of "50 times the capacity capacity of people used in hybrid vehicles", which, according to Nikkei, will reduce production costs.

The news outlet also said that the joint venture will be used to advance the technology used in solid-state batteries. Solid-state batteries do not yet exist in commercial production, but they are conceptually lighter, safe and have a more competitive energy density than existing lithium-ion batteries. Toyota has been working on such solid-state battery research for years. In 2017, Wall Street Journal Reported that Toyota is working on "Production Engineering" for Solid-State Electric Wheel Batteries, which is expected to commercialize by 2022.

Panasonic has extensive experience of mass-made new battery technology by partnering Nevada's extensive Tesla GIFFACTORY. So from Toyota's perspective, partnership with Panasonic could be a way for the car maker to start a solid-state battery product jump. Toyota has made significant movements in the hybrid-vehicle market, but in the field of battery electric vehicles (BEVs), the company has lagged behind other companies.