Sergio Contrera, Temuco's Bishop Emmits and Fighter for Human Rights, died at the age of 91 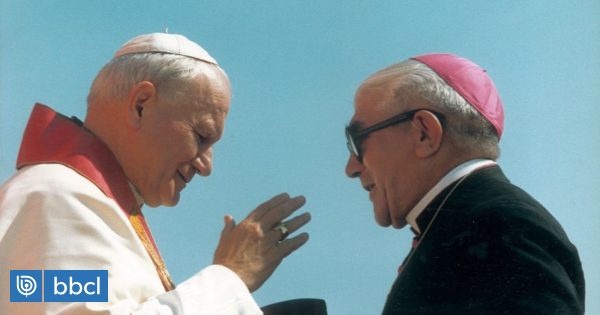 At the age of 91, Bishop Emmits of Temuco died on Saturday, Sergio Contrais Navia, remembered for it The struggle for service to the poor and human rights.

His death took place at Our Lady of Nursing Homes in Carmen, an area that has kept him since 2009 and where he suffers from various diseases under the supervision of the local nuns.

Contrera was the sixth Bishop of the capital of La Coruna, who was directing San Jose Diosas for 23 years, whom he assumed on January 15, 1978, and left it on November 3, 2001, and under which he took the lead " I have not come to serve, but to serve. "

During his tenure, he highlighted his concern for human rights, while maintaining the solidarity committee during solidarity, helped rebuild – in addition – was destroyed by the Cathedral 1960s earthquake

The Chilean Episcopal Conference by its web page cited the late Bishop Ambitus figure as an example. The proximity of the native people, added to their efforts for justice and peace in La Arakkunia.

In that sense, in addition to being President of Chile Caritas Chile between 2003 and 2006, Contractor Navia served as Bishop of Antud.

Likewise, the state asserted that "it is who encouraged people's worship and promoted the most dispersed human and Christian promotions."

Sergio Contreras Niaana's awareness develops in the Cathedral of Temuco from noon this afternoon, where the celebration will be celebrated in its memory.