Astronomical Society in Jeddah: Total solar eclipse on next Tuesday 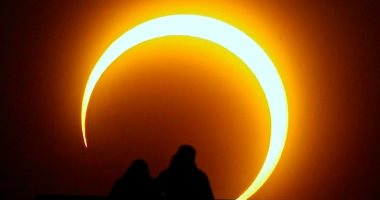 Astronomical Society of Jeddah has reported in a report that it will take 4 hours and 55 minutes from the beginning to all stages of eclipse, and this event will not have sky scenes in the Arab world.

"When the Sun, Moon, and Earth come up on the line of the Sun, Moon, and Earth on a single line, the Moon crosses directly between the Earth and the Sun. This phenomenon is rare because the Earth's Moon orbits are covered with the Earth's orbit around the Sun. These three things are arranged in one line, the sun disk covers all the areas which will fall under the moon shade, it is full Three will adopt.

She explained that during this adoption, the actual sun's size will be 1.6% less than the average, when the moon is two days away from the bottom near the Earth's surface, the virtual scale will somewhat enlarge.

"At the beginning and the end of the eclipse, the exact size of the Moon will be 3.3 percent more than the average," he said.