She assured her mother to take medication 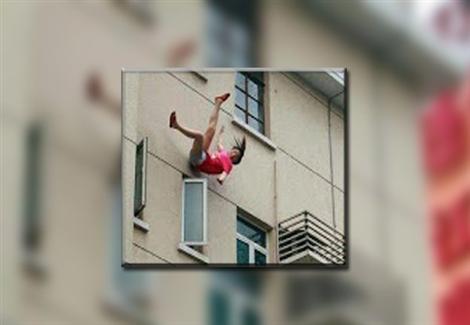 On Saturday, a girl was murdered after falling out of an apartment balcony with a drug in the former camp of Alexandria, where she was threatened with suicide if she was not taken after a chair standing and a medication.

Bab al-Sharki police station received a report from the police that a 17-year-old girl on the Omar Lufthi Street had fallen, and the officers and officials of the department went to an accident site with an ambulance.

The examination revealed "NA" body presence. At the age of 24, Bachelor of Science holds, he is on the street floor and he has fractures and injuries throughout the body and is broken by the skull and organs.

When her mother asked, she said in the investigation that she and her husband suffer from many diseases, and her daughter is taking care of her, which makes her feel bad.

She pointed out that on the day of the accident she refused to take her medication. Her daughter had entered the Balkan and climbed to the chair. If she did not answer her and took medicine, she threatened suicide, but she lost her balance and died.

A copy of this incident was released at Bab-Sharki Police Station and the body was taken to the ambulance mogu at Com al-Deska.

Judge Abdul Aziz Sami, the Chief Advocate of Bab Shariq, was asked to explain the cause of death and to investigate this incident by a magistrate whether the criminal is suspected to be a suspect.