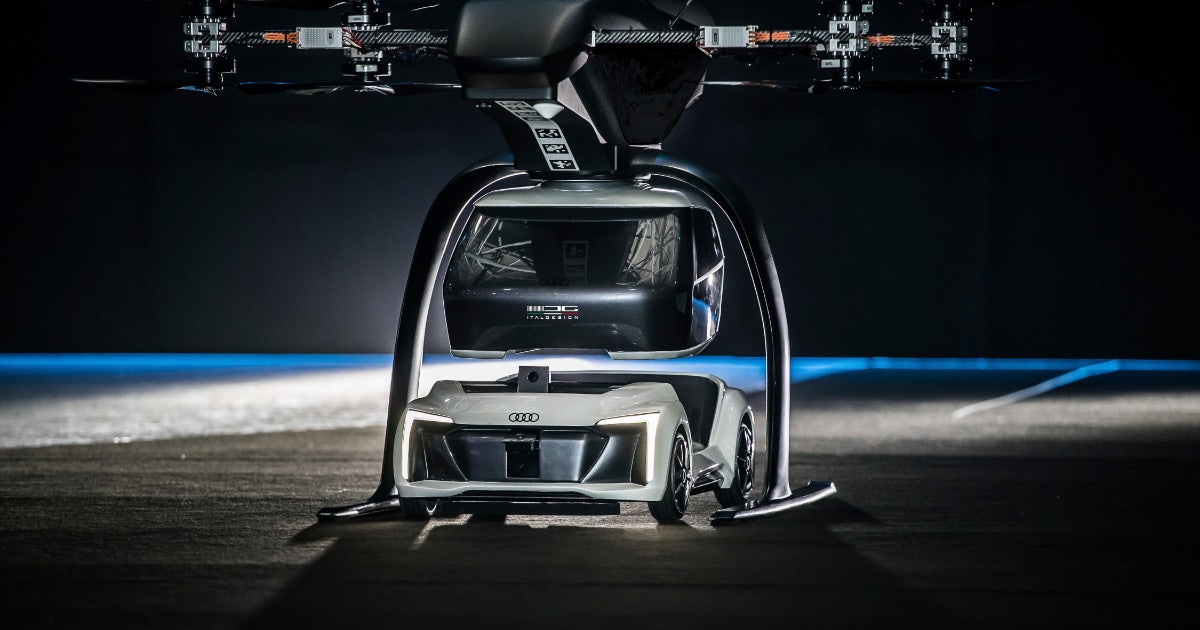 Together with its subsidiary Itadesign and Airbus, Audi has introduced a prototype of modular, moving and flying air taxi pop.up-next. Audi is convinced: "Flight taxis will come".

In March 2017, Audi introduced an electrically operated, autonomous air taxi vision with Italian and Airbus. The Flying and Moving Prototype of Pop.Up-Next was shown for the first time in Droid-Week in Amsterdam.

In Drone-Week, Pop Up. Prototype – Self-propelled electric vehicle and passenger drone hybrid on 1: 4 scale – presented the first public test flight: the flight module was able to set up a passenger capsule on the vehicle platform, which would then become autonomous from the testing area. . Was found. This solution will become a thing of the past for transferring transport from one to the next.

With Pop Up Up Next, Audi and Airbus want to technically explore potential limitations. In the next step, companies want to fly and run prototypes in full size.

Audi is sure that this kind of multi-modal locking will become reality in the next decade. Procurement and IT director Brittle Martens are accurate: "Airline taxis will come." In particular, those people who attract more people in cities and will always be mobile people by progressive automation. Martins says, especially older people, children or people without licenses will use autonomous taxis.

Audi, along with the Airbus subsidiary Woom, is conducting a major investigation of multimodulator on-demand traffic in the future in South America since the summer of 2018. Customers can book helicopter flights in Mexico City or Sao Paulo – a vehicle will be provided by Audi on the landing site and for travel. "Such offers help us better understand the needs of our customers," explains Martens. Taxis taxis will be addressed in the future, a wide range of urban residents.

In addition to this, Audi Engelstt is supporting the air taxi mobility in the air taxi initiative, which is preparing for a flight taxi test operation at the Audi site. It is a part of the EU joint project within the Marketplace for European Innovation Partnerships on Smart Cities and Communities.

This project wants to explain the benefits of new technologies to the population. In addition, they are looking for answers to questions about battery technology, regulation, certification or infrastructure.