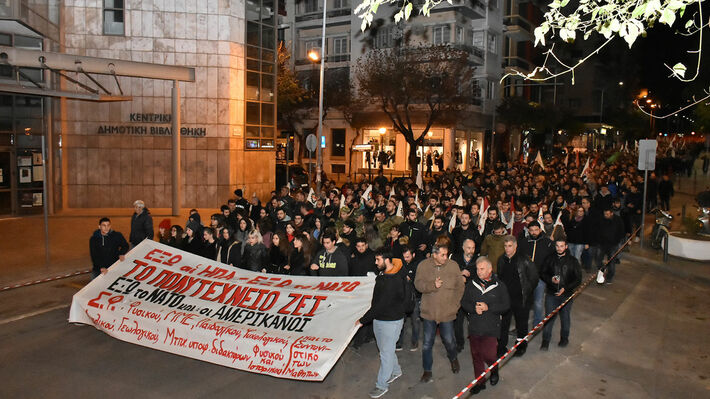 In the 45th anniversary of the Polytechnic aggression, the anti-imperialist course in Thessaloniki was vast and dynamic.

This was done on the main streets of the US Consulate's city. In a symbolic resolution, the US flag and the anti-cyclone slogans poured atmosphere: "Do not Give Earth and Water to Killers" "They Are Lambraki – Beloyianni, killing the killers of the American people", "Work ahead, now a punch, the movements and the capitalists."

"He pursued the Student Association and the co-ordinated students who wrote outside the United States, polytechnic lives, and outside NATO, Americans, and then the PM, OJG, unions and bodies.