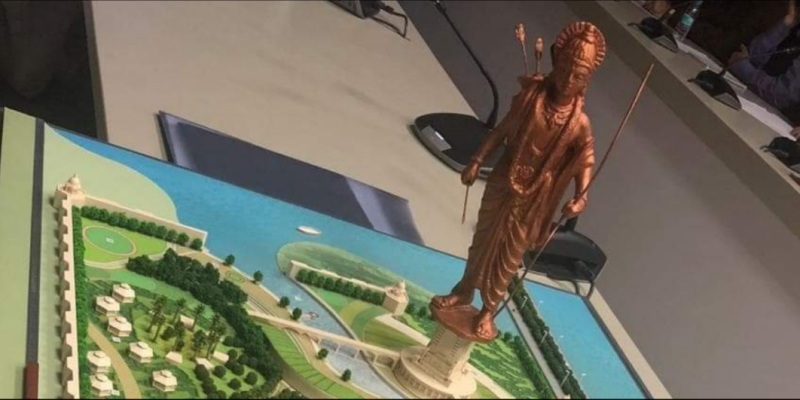 When the actual idol is 151 meters, its overhead umbrella will be 20 meters, while the pedestal will be 50 meters.

Avasthi said that a museum will be held in hiking.

This week, five companies presented to Uttar Pradesh Chief Minister Yogi Adityanath made representations for the making of idols. The official said that land testing is being done to establish the idol.

On October 31, Prime Minister Narendra Modi addressed the 182 meter 'Statue of Unity' of Gujarat's first Home Minister, Sardar Vallabhbhai Patel & # 39; Inaugurated the massive protest of farmers and tribal groups who were opposed to inadequate government expenditure. Rehabilitation and the rest of the farmer's needs

The costly scheme for making an idol was seen by BJP as an attempt to make Sardar Patel's legacy as a reflection of Jawaharlal Nehru and Mahatma Gandhi.

(With inputs from PTI)