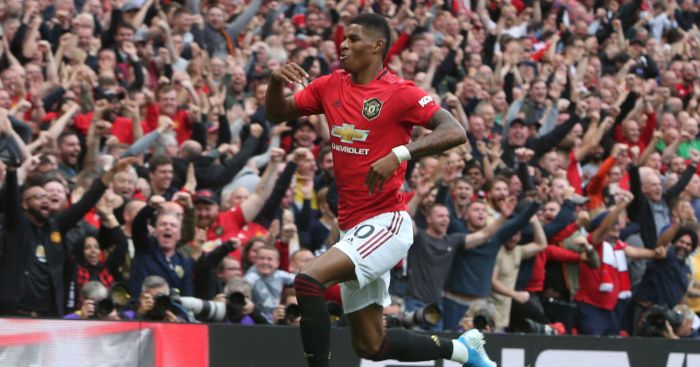 Ole Gunnar Solskjaer believes he has seen a 'shift' in his Manchester United players after spending a summer working hard on the training ground.

United beat Chelsea 4-0 last weekend And Solskjaer has more energy than his players in the same fixture in April (though it's fair to say that players should have more energy in August than April).

Asked by Sky Sports If this was a different team to one that ended last season so badly, Solskjaer said:

"Well we hope so, I know the physical stats aren't going to go away a lot but there is a shift from this first league game and the Chelsea match to three games from the end of last season.

“How much more we run now than to then is encouraging. We 've got energy, it's still early doors, and we're working really hard on fitness.

"The players have a chance every day to prove you are part of this exciting future, and to be part of this club you have to give everything.

“The attitude of every single one of the lads this season has been spot on. That might have been the most encouraging part for me.

“You expect them to come in on the first day and have loads of energy and focus. They were all fit so we could start at a high level.

"But now, when the league starts, a team and some players are picking up, but the reaction from the boys who play well [against Chelsea] It has been very good as well, so it has been a competitive week. ”