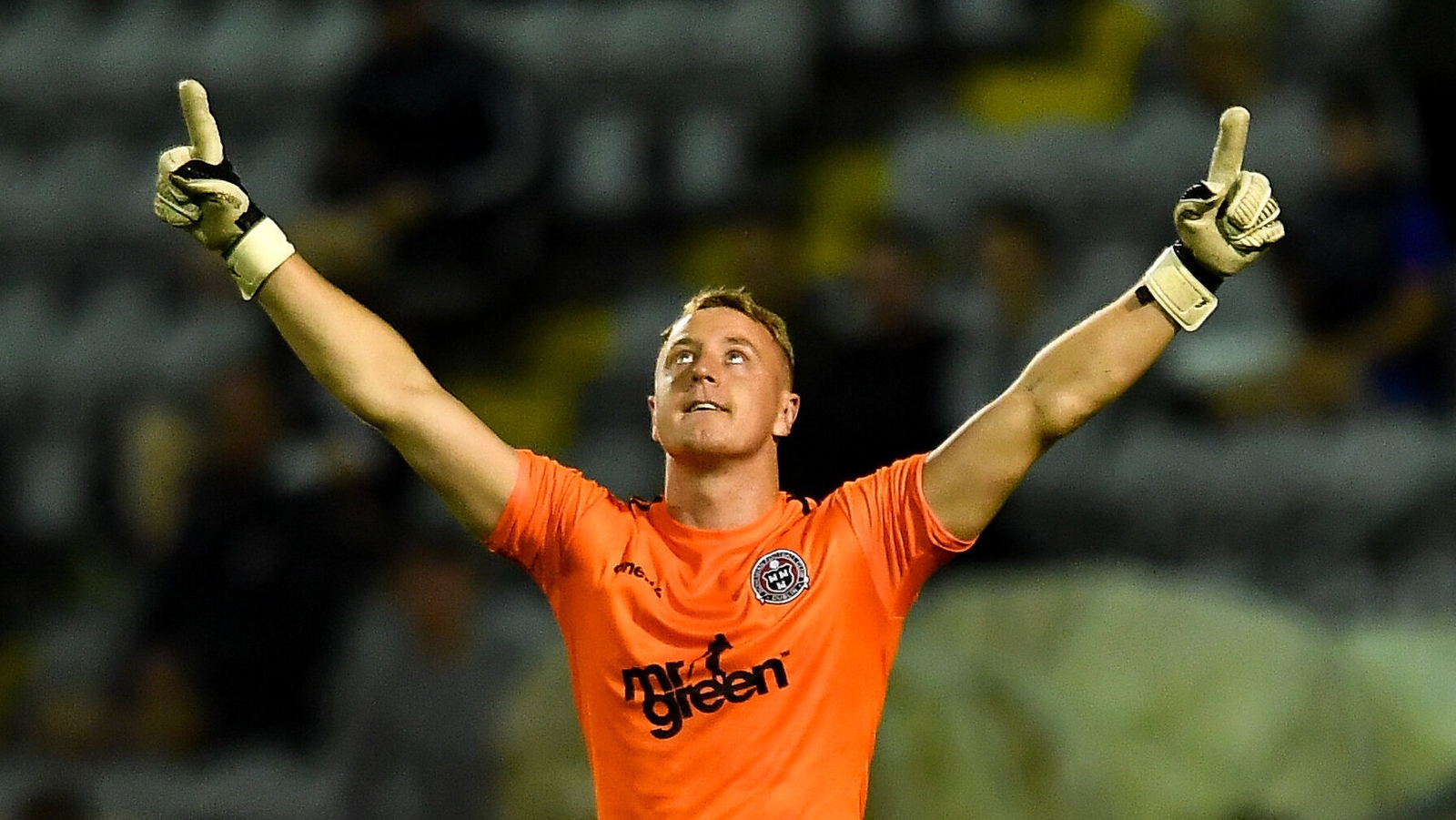 James Talbot saved the vital sudden-death spot-kick to send the Bohemians into the quarter-finals of the FAI Cup, beating Longford 5-4 on penalties.

Lee Steacy proved both hero and villain for Longford after a string of top quality saves kept his side in the match but the keeper missed a vital penalty as his side's valiant efforts came up short.

After scoreless 90 minutes, Andre Wright opened the scoring for the home side in the first minute of injury time, before a Jack Doherty thunderbolt leveled matters three minutes later.

Longford finished strongest but the home side would hold on for penalties and eventually progress.

Longford Town manager Neale Fenn was reported to have left the club during the week, and while the club failed to clarify the situation, they eventually announced that Daire Doyle would take control of the first team for the Cup clash in Dublin.

But the disruptions have had little effect on the team as the visitors looked immediately comfortable against their Premier Division opponents.

And it was Longford who was the first to threaten as Dean Byrne played through Aaron Dobbs, but his tame effort was easily gathered by James Talbot.

Both keepers had their gloves warmed in the early stages but nothing to kick-start this cup tie, which really failed to get going in the opening 15 minutes.

Moments of Danny Mandroiu's magic threatened to get the game going as the classy midfielder ran the center of the Longford defense, but to the visitors, to their credit, the numbers were back and then happy to build from the back, playing their way up. field with some neat and tidy play.

Three Bohemians corners in a row in the 20th minute also failed to ignite this late summer, however, Mandroiu's influence was starting to grow and he should have done better in the 23rd minute, when in the box, his shot was deflected. past the far post.

But with 30 minutes on the clock, the Gypsies started to take control and then they thought they had taken the lead.

Mandroiu had a fine ball up the back post and while the excellent downward header was well saved on the line by Lee Steacy, there was more than a suspicion that at least some of the ball crossed the line.

Bohs celebrated but while the referee looked to his line for guidance, there was no returning signal to award the goal.

Five minutes later, and against the run of play, Longford wasted an excellent chance as Dylan Grimes did well out on the right flank before feeding Sam Verdon.

The attacker had more time than he thought and snatched at his shot, blasting it over the bar.

But Bohs were in the ascendancy and only for what was turning into a defensive masterclass from veteran Conor Kenna, the home side would probably have had a goal or two up.

In the 43rd minute, another chance was wasted as the ball fell at the feet of Mandroiu following a Danny Grant cross.

And a minute later, captain Keith Buckley wasted a glorious chance to put the home side ahead of the stroke of half-time.

Mandroiu finally got the better of Kenna as he flicked the ball around the advancing defender. Buckley burst through on goal, but lacked composure and could only shoot straight at the keeper.

The second half started as the first ended, with Bohs attacking, and a double save from Steacy, first from Grant, then from Mandroiu, kept it scoreless.

Bohs continued to exert pressure in the final third but were just lacking a bit of composure in front of goal as Wright and Wade-Slater spurned chances.

And Longford nearly grabbed one against the run of play in the 64th minute as Bohs were caught sleeping at the back.

Verdon was picked out with a simple ball over the top and striker teed it up for the arriving Aaron Dobbs' whose well-hit attempt was parried away by Talbot.

The home side went straight up the pitch and again the Longford stopper came to his side's rescue with another wonderful save, at full-stretch to deny Wright who must have thought he had scored with a well-placed header.

With twenty minutes remaining, the audible grumbles from the home supporters showed that frustration was creeping in as Longford grew in confidence.

Longford's best of the night came in the 74th minute when Byrne ran through the left and his toe-poked effort beat Talbot and looked to make his way into the net, but a vital touch from Darragh Leahy helped the ball onto the bar and to safety.

With just over ten minutes remaining, the Jodi Stand faithful were convinced that Mandroiu had finally broken the deadlock as his well-hit attempt had rippled to the net; alas it was just the side-netting as the ball flew the wrong side of the post.

Then the moment that should have seen Longford secure safe passage into the quarter-finals as the visitors were awarded a penalty for a foul on Byrne with just eight minutes remaining.

Verdon hit it with venom, however, the ball smashed the outside of the right post and flew wide as extra time loomed and duly arrived.

If the main course proved to be a little stodgy, the dessert didn't disappoint as two early extra-time goals finally made a cup-tie atmosphere at the old Dublin ground.

Wright finished a fine ball in the right flank with barely a minute of added time played, but Longford, to their credit, hit back straight away as substitute Jack Doherty equalized with an unstoppable effort from the edge of the box just three minutes later. General Chat Chat Lounge

And Longford continued to press for a win as the home side struggled to get out of their own half for the big chunks of the first period.

Three minutes before the break, Doherty made space for a shot, following good work by Byrne, and his low effort looked to be flying inside the near post but a fine Talbot kept keeping matters level.

Longford sensed it was going to be there for the home side to get really struggling and they had the numbers up in the 111th minute as they put real pressure on the Bohs penalty area.

The ball eventually fell to Peter Hopkins but his well-hit attempt flew just over the bar.

Neither side could finish with a flourish and it was left to the dreaded penalty shoot-out to decide on this one.

The Premier Division outfit would prevail.