"Looking forward to recession this month is going to be worse …" 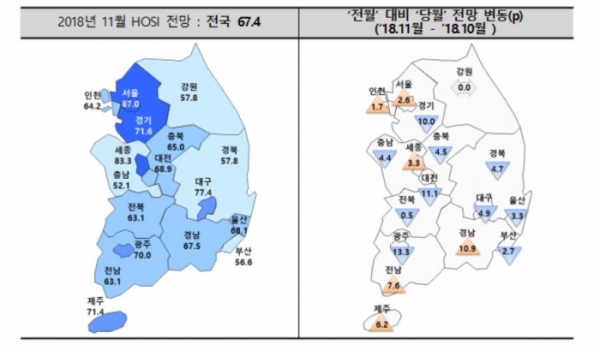 The possibilities for this month will be worse than last month.

According to the Housing Industry Research Institute (SII), April 15, the HSPI forecast was down 1.5 points to 67.4 percent last month.

HOSEI is a fairly accurate index in terms of maintaining the status of housing or turning from viewers' perspective. Investigate monthly housing companies

This month's HOSI report mainly concentrated on Gyeonggi province, some metropolitan cities and large-scale residential units. The country's housing conditions continue to deteriorate as concerns over housing construction are being made.

Local analysts report that this month's advance will not be favorable this month, as demand for regulatory mechanisms, including the increase in housing subsidies in the second half and strengthening of financial regulation.