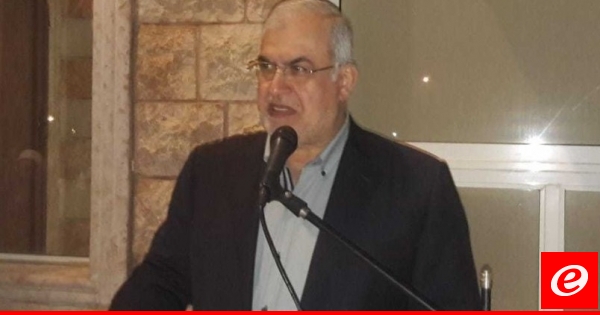 In a speeches during the sponsorship of "Media Litigation on Drug Prevention Campaign" by the "Loyalty for Resistance" block, MP Mohammed Rad, Nabiti municipality, "Today we are looking at social, political and national challenges. To be safe in our countries and communities The challenges for this, so that we rely on ourselves and our potential at this level and respond to each attack And we have a desire for a better life in the fight against all inphrakasana.

He noted that "Those who have a good will, they want to build a healthy, stable and safe society, governed by justice, justice and justice and resume life, which is the invasion and hostility, blood-divided and people's The invasion and dominion of removing the nations and spreading the epidemic, in more than one place in this contemporary world, and in many countries of our region What is happening indicates that the culture expressed by the policies of the country is expressed by the policies of the people, which enjoys spreading of pests by creation war, whose purpose is to humiliate humans and suppress the society and to control the nations, then this Who are influential people, they put force and are consistent with their interests and leave them when they struggle with the interests, too Paso has become the subject of interest, the facts are lost and the offender is close and secure, and distressed communities, and shares the life and blood.

"Our tragedies in this world are being created by these powerful international politicians, whose values ​​are no longer in the position of becoming rulers of countries and of the world. The worst product of mankind is the production of these frustrating, despotic terrorists who act as human dogs. Money value is more valuable than human value. "