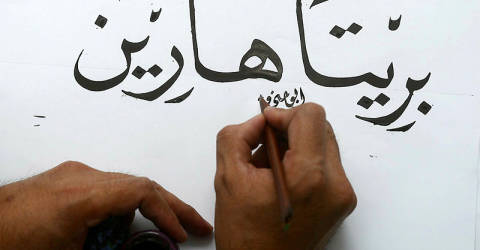 Kuala Lumpur: The issue of Khatt has been successfully manipulated by various parties, from being the subject of calligraphy or writing in schools to bringing racial unity, which has finally become a hot ethnic subject.

In celebrating its 62nd independence as a multi-ethnic nation this year, in what direction are Malaysia moving towards developing the country simultaneously?

Lecturer, Professor of Social Sciences, University Sense Malaysia (USM). Dr. P.P. Shivmurugan said the differences between the races should be celebrated and the issue of misunderstanding should not be made.

"The differences should be treated as assets, not differences, and there must be some form of sacrifice and reconciliation for all parties," said Patriotic Icon of National Day of National.

“If Malaysians could better accept these three values ​​- understanding, mutual respect and accepting of one another – I believe that the issues associated with Dong Jong, cot and road rage in Bungi last Saturday would not have been or were not racial.

“We must be able to distinguish between human and political values ​​because if we politicize everything we will end racial tensions.

Earlier, the report from Dong Zhong chairman Tan Tai Kim said that the Chinese Education Association would launch a campaign to collect signatures in protest of Khat learning in local people's schools, emphasizing that writing in schools was a form of government action. & # 39; Islamization.

In response, Prime Minister Dr Mahathir Mohammed yesterday called the organization 'racist' for disagreeing with any government decision, including the introduction of the Vision School (Seklah Wawasan), which puts Chinese schools, Tamil schools and Sekolah Kebangsan under one roof.

The Khat issue has become controversial and has received many backlash, especially on social media, which clearly shows that there is still a loss of faith among the tribes in the country.

Education Minister Masjali Malek earlier denied that the government was trying to introduce an Islamization approach and described Javi education as an attempt to honor the old Malay literary heritage.

Professor Datuk De Tee, chief research fellow at the Institute E F Ethnic Studies (KITA) and the Institute for Malay World Civil Civilization (ATMA). Te Kok Seong did not deny that every episode that had to be done on the issue of khat was not good for the unity of the country. Which was not in a solid state to begin with.

He said the issue should have been resolved after the government's decision to reduce the cassette study session by six to three pages, plus allow time for study, but Dong Jong still sought to continue his objection to the application, on which he worked. Was doing. General Chat Chat Lounge

"Local schools in this country need to cooperate to reasonably support the elements of the country, fulfilling the country's aspiration to lift the Malay symbol as a symbol of the nation, as agreed in the independence agreement in 1957," he said. General Chat Chat Lounge

The petition was also viewed as subversive because it was a form of attacking the Malay socio-cultural system that agreed on Malay Malay practices during the independence agreement between Malay and non-social, that the process of Malay sociology became a national identity. – Bernama