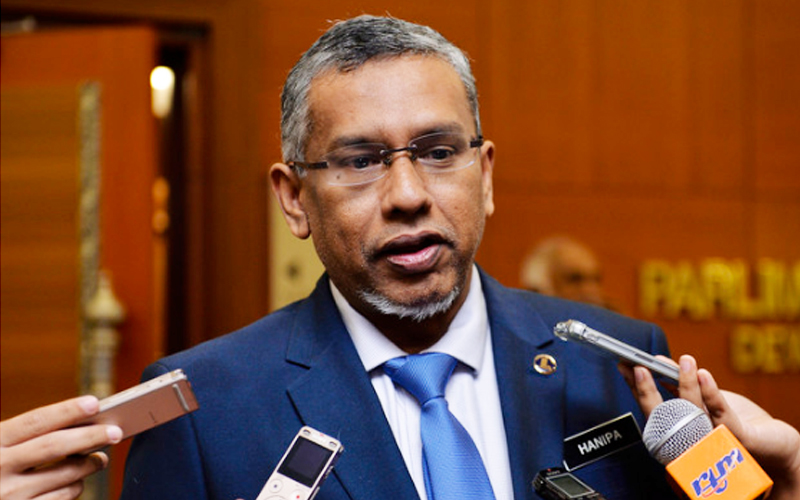 KUALA LUMPUR: The government does not want to abolish caning imposed by civil courts for the time being, the Dewan Rakyat was told today.

Deputy Minister in the Prime Minister's Department Hanipa Maidin (PH-Sepang) said the government, at this juncture, felt the need to retain the punishment.

"For now, there is no decision to abolish whipping. This is the subject of a long time, and I admit, it has a deterrent effect.

"Do you want to change this? Underlying laws, a judge can exercise his or her discretion to replace whipping with a jail term, if they find that whipping will be harmful to the person

"There is room for that kind of change to take place. That is why I say, the government feels there is still a need to retain whipping

"However, we are ready to listen to you. We have not decided (whether to abolish or retain) We are still studying, "he said in reply to a question by Abdullah Sani Abdul Hamid (PH-Kapar).

Abdullah Sani had asked for the government's stand on abolishing caning in totality, as has been done in England and India, with jail terms for offenses instead extended

To the initial question by Nik Abduh Nik Abdul Aziz (PAS-Bachok), Hanipa acknowledged that the shariah law under the whipping of whipping, compared to the current civil whipping, differed, due to the fact that the punishment of philosophy in the difference.

"Under shariah law, it is educated, not to hurt. In a civil whipping, it is more to hurt, because they say it is a deterrent and it involves serious crimes and such, "he said.