Seeing the world from different perspectives 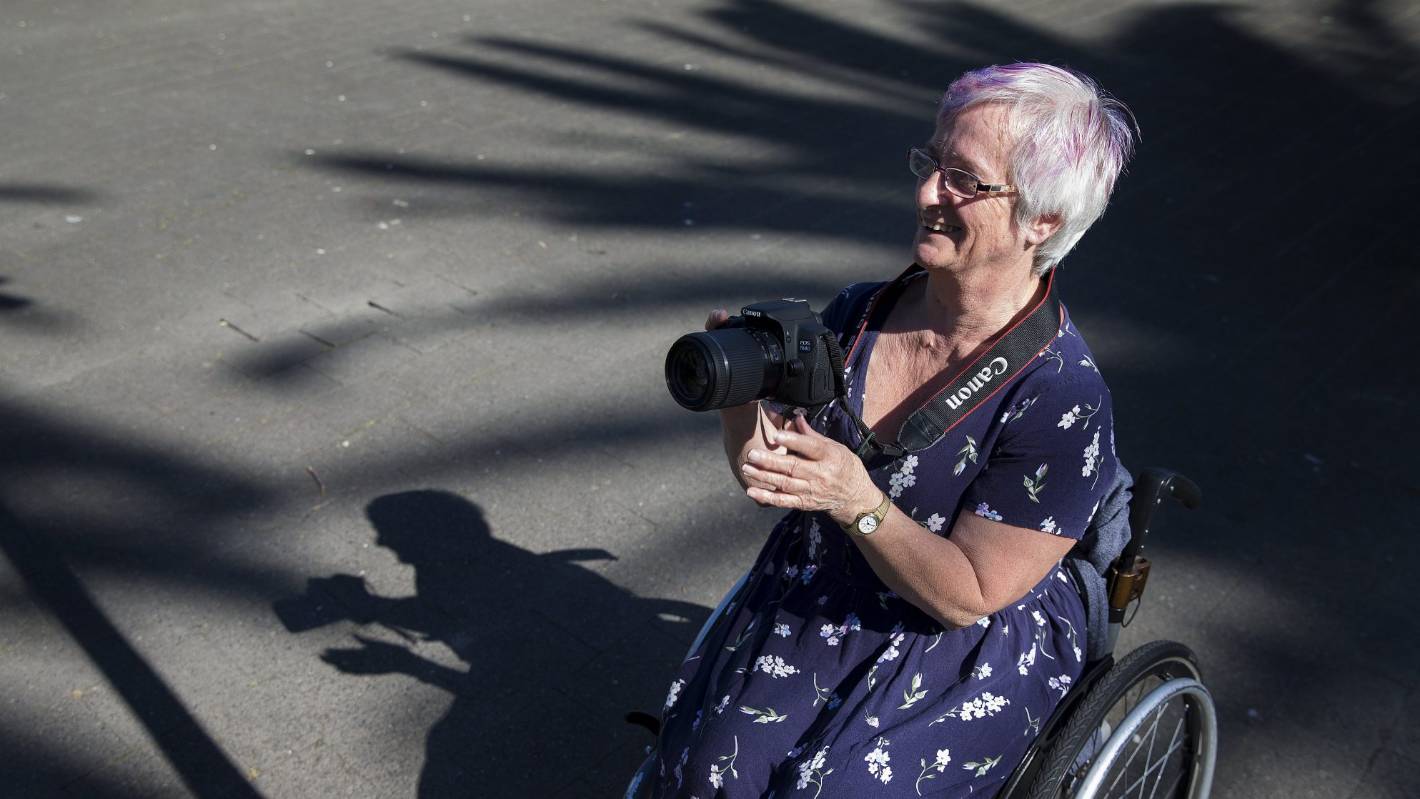 The new photography exhibition gives people the opportunity to see things from different perspectives. Carlisle Thomas Exits about where I am sitting.

Maureen Jensen's world view is different from other adult people. It is low on the ground and may be unaware at that time.

But, good news, she says, about being in a wheelchair, she can see things through a child's eyes, and from that perspective, she is a pretty neat world.

"It's in the eyes of the child's eye, but I have an adult's knowledge."

Jensen is taking photos for a while – chips were removed in the semi-reputed camera and new lens. And she's always seeing things, she asks to stop the car so she can take her lens out of the window. Looking, Bearing, Capturing

read more:
* New Zealand photographer Peter Pierre dies at the age of 77
* The mass of women puts a challenge

She says that the photo she takes is shot at her level, one where she has to negotiate obstacles, not others – fences, obstacles, people able to understand other people and numerous people along the way.

And with her team, it is behind the exhibition of tourism photography, which is leading in north of Palmston.

There is a group demonstration of 13 photographers in a wheelchair where I am sitting. There are different disabilities, but their love of photography is that they are a thread connecting them around the world.

Jensen says that she thought before performing the photography, but she did not want to be alone – she wanted to bring others along with her. So this way his team and seated photographer group became one thing.

Courtney Jemel saw a message asking for help from Jensen and she says she was looking for something to handle when she came.

Gemini is a type of person who helps her in the other part of her day. When she gave birth to her second child, Jensen says that she was "between chaos and hard work" and she is the person who wants to pull up the confused messages while obscuring the photo.

"Courtney has been wonderful. She is a very patient," says Jensen.

Ricky Ellison is the one who laughs at them. It is a worker who builds a pocket fence that will go around the exhibition, it is a physical barrier that will give people a sense of restraint.

Photographer Ana Sutton is the fourth member of the team who makes the show a reality and adds a creative way of looking at things as a keen person to give the person a disability representation.

Photographers contributing to the exhibition come across the world. There are no professionals, but excited with different levels of skill, says Jensen.

"I have seen that people want to get involved in the chair, but not always. This is generally the sign that this is normal. Why are you normal in the chair? Is it the one thing that you feel is a disability? doing? "

"You guys are tired of saying: 'Well, that's great for a person in a wheelchair.' We're just like anyone else and what's so general?"

This exhibition is dedicated to Hamilton, a young girl who was the first to send Jensen photos. When she sat on her deck and horseback cart, she saw what she saw, she believed to be looking neat during the journey.

Jensen says that taking photos has helped her. She is a forward-moving person, "literally", and gives her the speed of her love to capture what she sees.

Jensen says, "This night has happened," she weakened her wheelchair's hand, so "I had to repair myself again and I thought what I could do and take me out."

"I could have easily been caught in some kind of depression or something, but I'm not the type of person. I decided to take photos."

And she says that her wheelchair does not define who she is. She is Maureen, with her brilliant bright artistic style in her hair, and she wants people to see what she sees – "Who am I, who am I?"

The exhibition has been funded by Plastman North City Council's Creative Communities Project.

From where I am sitting, on 29th November, Palmston North will open at Square Age Community Arts Center and run until January 2019.