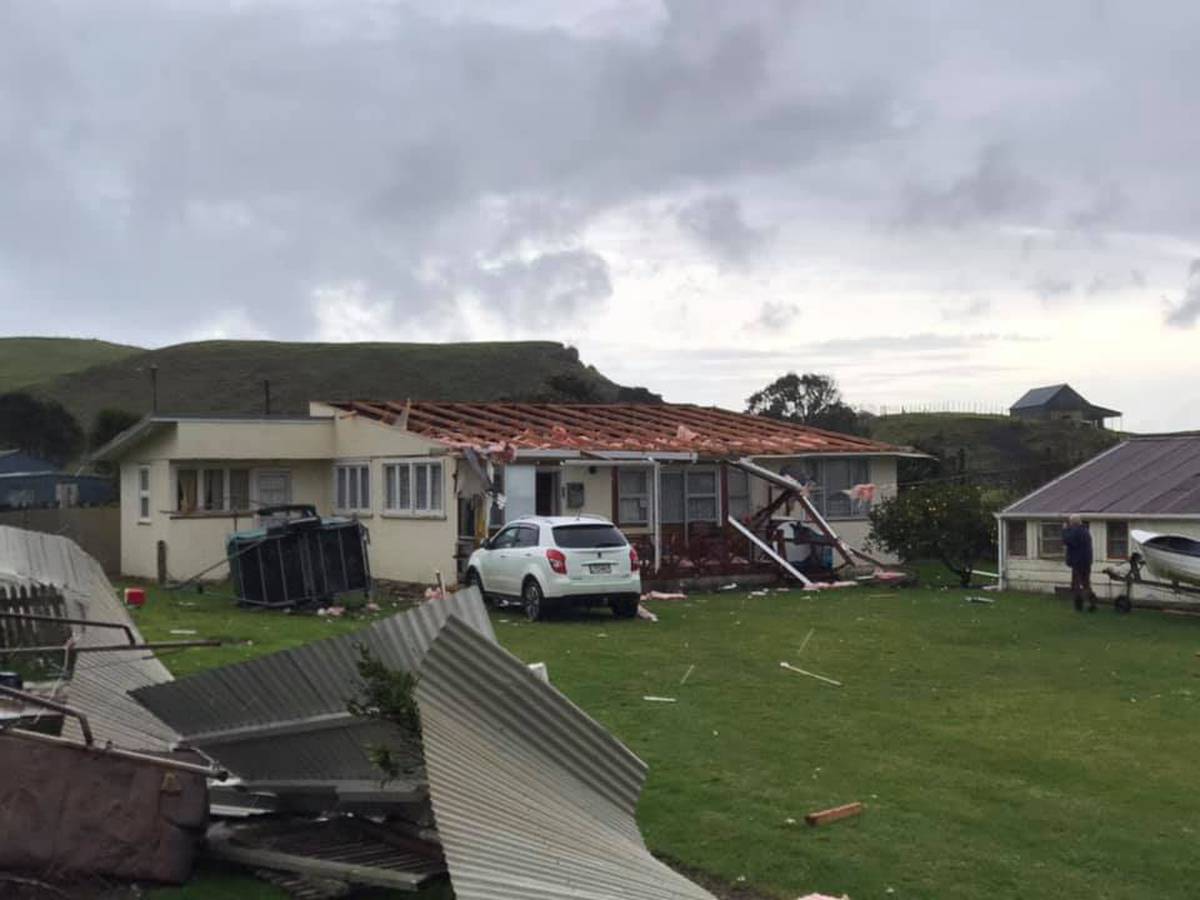 A tornado has torn through the small coastal settlement of Awakino in Taranaki, destroying three beach houses.

It comes as a property has been flooded and a number of roads are closed in Horowhenua after heavy rain caused flooding.

In Taranaki, a tornado ripped off the roofs off three beach houses in a small coastal settlement.

Deane Riddick posted footage of the twister's destruction on Facebook. It went through Gribbin St about 3pm.

In Levin, a house was flooded with sewage, and residents chose to flee, a statement from the Horowhenua District Council said.

A number of roads are closed, including: Easton Way, Okarito Ave, Newport St, and Buller Rd.

"Council officers are continuing to contact properties at risk, but at this stage there is no needing assistance," the statement said.

"More sandbags have been acquired and contractors and council officers are continuing to respond to calls for sandbags, which are being provided to residences and businesses at risk.

"It is requested that the public stay off the roads, especially in North East Levin, as there is still significant surface flooding in the area."

MetService forecast the rain should start off easily.

Earlier, the council said its emergency operations center was activated at 1.30pm after flooding was reported in Levin and Ohau.

The NZ Transport Agency also reported that part of State Highway 1, on the Mobil service station near Oxford St, was flooded and recommended it close.

Road snowfall warnings have been issued for SH1 Desert Rd and SH5 Napier-Taupo Rd this evening, with motorists taking care of all roads around Tongariro National Park overnight.