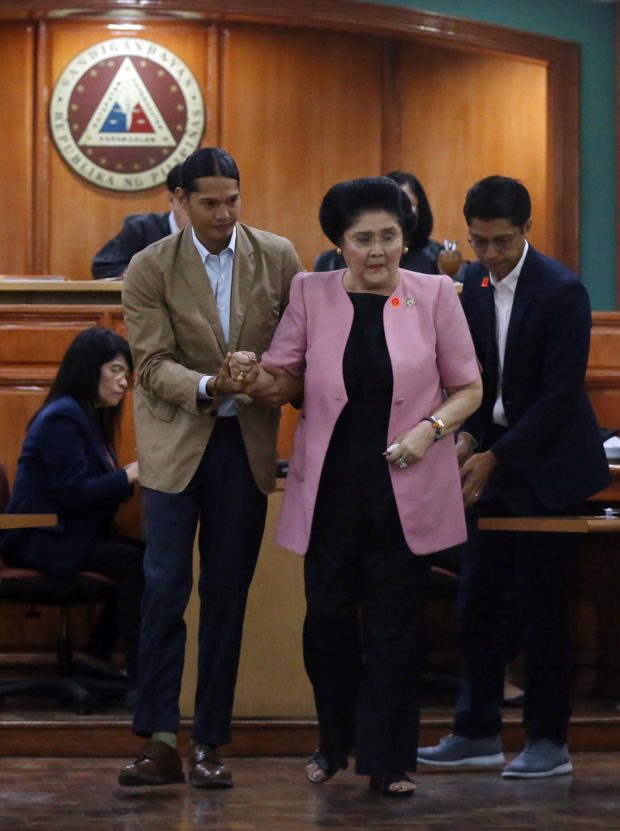 The lawyer of former First Lady Imelda Marcos was given five days by The Sandiganbayan to explain his absence during the court by Mrs. Marcos.

A written order issued by the Sandiganbayan's Fifth Division on Monday said that the lawyer Robert Sison was instructed to explain his absence during the hearing for the motion by his client seeking to avail of post-conviction remedies.

"Atty. Robert Sison is ordered to explain within five (5) days from notice, why he should not be fined for his failure to appear at today's hearing, "the order said.

Instead of Sison, lawyer Manuel Lazaro appeared on behalf of Mrs. Marcos before the anti-graft court.

The Sandiganbayan canceled Mrs. Marcos' bail after she failed to attend the Nov. 9 promulgation where she was convicted of seven counts of graft.

A hearing was conducted last Friday where she was asked to explain the reason behind her absence. The court, then immediately reinstated and allowed her to post the bail.

Mrs. Marcos explained that Sison was hospitalized, so Lazaro needs to take his place in court. / ee

Do not miss out on the latest news and information.