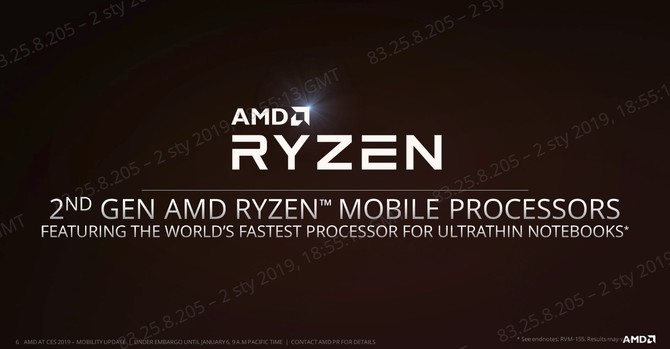 AMD's first APU based on Zen architecture and the technical process made in 14 Nm was a big jump compared to previous units. In the case of mobile market, Ryan 5, 2,500 U and Ryan 7 2700 became the most popular systems, which, however, did not receive much approval, mainly due to poorly designed arrangements by notebook manufacturers. Not only that, due to IPPU being more efficient, the APU itself has many capabilities to mix light laptops and convertible devices in the market. Perhaps the second generation will be more refined in this context, because AMD on CES reveals APIs on official basis, based on improved Zen + architecture.

During CES, AMD officially introduces another generation mobile API designed for light laptops. Speech between others is about Ryzen 5 3500U and Ryzen 7 3700U. 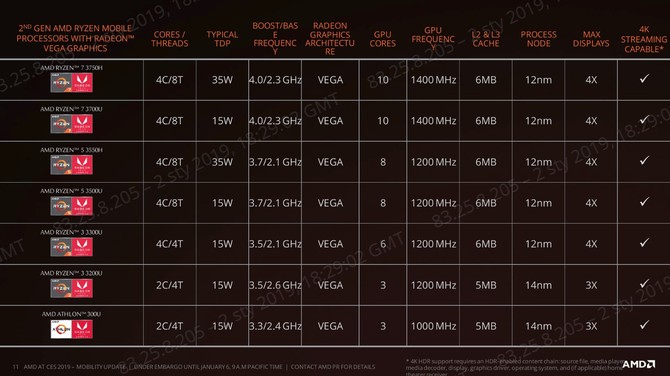 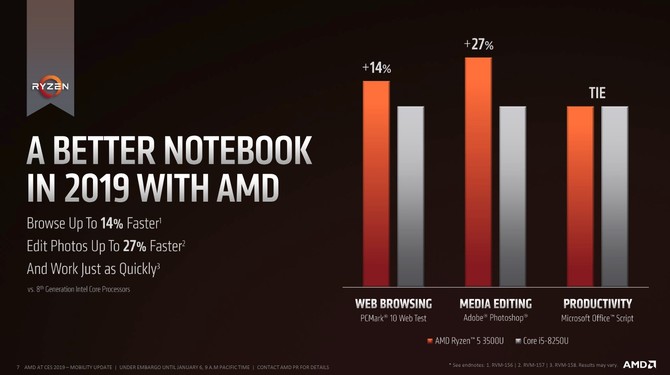 The plan to introduce APU Picasso is not the only change in AMD schemes in relation to the mobile market. For many, definitely the more important information will change the manufacturer's approach to driver updates issues. Until recently, mobile APIs have a vague opinion about the lack of support for the Raven Ridge. On the CES Trade Fair, the company officially announced that in the first quarter of 2019, one package will be shared with drivers, which is compatible with all devices operated by AMD systems. Soon, the possibility of updating drivers through the AMD website will eventually be possible for Ryan Mobile. I hope that the significant increase in APUs will also affect the development of equipment equipped with Picasso. 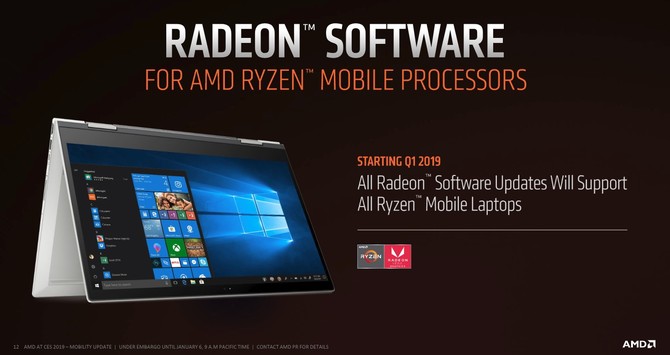 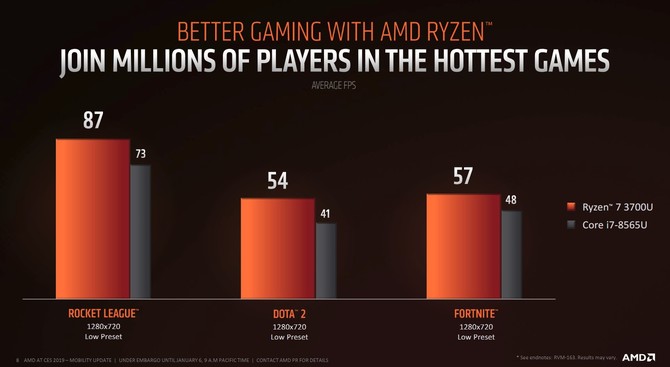