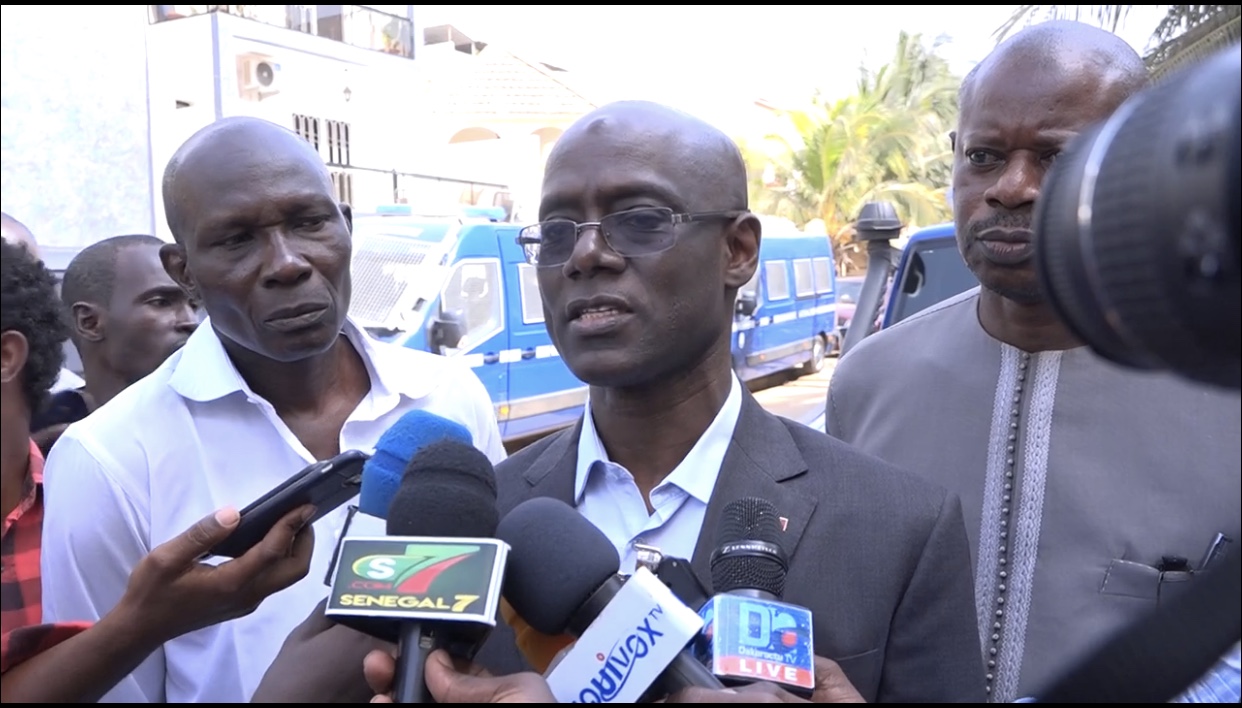 The history of sponsorship has not yet been declared all its secrets. The control model selected by the "saints" of the constitutional council will still contest elections. Some political actors, who have got a special place, Thiero Alacsen Soul has shouted himself. Republican value & # 39; Raymond Negore & # 39; The political bureau of which it is the leader of the structure, it is the opinion that & # 39; This type of rejection is a cause for concern because it cancels numerical acceptance theory. Potential Disclaimer & # 39; There is a possibility of being presented as a principle of judgment. Hence, the "wise men" are invited.

"We never request the constitutional council to enter this dangerous jurisprudence into the legal fund of the Republic. Furthermore, the Constitutional Convention should meet the results of electronic control with paper versions in which the signature of citizens is included, at least in the case of small dignity, on the name or name of Godfather. Council's belief in 'Godfathers' This & # 39; to request & # 39; right-wing state & # 39; before inviting you to accept and accept their appeal properly for acceptance of the candidature of President Thiero Allacson Sol. ;;

In a statement received in Dakarctu, the Political Office of the Republic of the Republic – Rev. Nigor, President of the Theater of Allacion Soul, to present the statutory committee the scientific basis of their appeal for the recognition of sponsors

"A sponsorship is known by the sequence of thirty alphanumeric characters (name of voter number, CD card number, municipality name), in addition to the first name, the name and sign of the citizen. RV 2019 has calculated that the candidate has voted for 18,000 (18,000) Godfathers of Thérène Alsenen Were rejected by the council, while the third alphanumeric letters were properly seized and Of voters had been entered in the corresponding well. The only reason for their overruled by the Constitutional Council is an electronic version of the leaflet voter-sponsors name or nickname incorrectly or wrong.

However, this structure is believed to be statistically impossible for these denial sponsors to be discovered from scratch, which establishes their legal acceptance. Actually, there is more than 1026* 2610The ability to write 36 alphanumeric characters, including number of voters (9 digits), voter CDs (17 digits) and town name (average 10 characters, eg "East PecCin"). This figure is astronomical, it is more than stars in our galaxy and the number of stars in the observable universe (1023). Any human or machine could have identified only one alphanumeric phenomenon which is correct with a registered sponsor on the electoral roll, "the statement notes.

Which says, "If it is possible, there will be a lottery every day and computer security systems will be constantly violated." "Because it is statistically impossible for a voter to discover, how can imagine that RV2019 can get 18 000 and ignores it because one character is different from the sequence of forty alphanumeric characters that identify them. The constitutional council-It Mr. Sal and the company asked, "In the process of invalidating mathematics?"