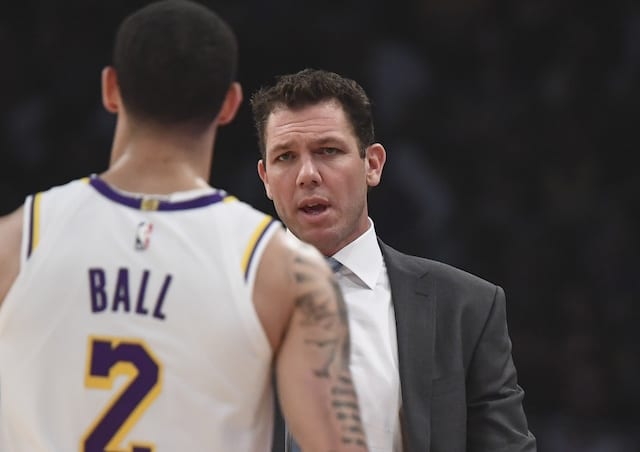 For the second time in eight days, the Los Angeles Lakers had a winning streak by the Orlando Magic. Sunday's 108-104 home loss to the Magic was disappointing, but head coach Luke Walton's team did make a big comeback effort in the fourth quarter.

"They did a really nice job. I was trying to get 'Zo back in the game,' Walton said following the loss. "I thought 'Zo was playing a very solid game, but that group created some energy and KCP was flying around. I know he was not making a lot of shots but he had just hit a big three and defensively he was flying around, fighting over screens, coming up with loose balls.

"They did a really nice job in the kind of defense we need to win games. We just dug a bit too big of a hole for ourselves. "

As Walton noted, Ball did not play a bad game by any means, finishing with 9 points and 10 rebounds, but with the lineup outsourcing Orlando 15-6 to start the quarter, it was hard to make a change This is the first time that has happened to Ball this year

When it was time for a change, Walton felt it was more important to get the size of the floor to combat Nikola Vucevic. "We were going to stay as long as Vossvic was not the floor," he explained.

"We tried to go small in Orlando and he killed us He was punishing us again tonight, so we were going to stay as long as he was on the bench. "

With Caldwell-Pope setting the tone defensively, Walton decided to go with him. It's a hard decision to make the moment, but that is Walton's job

Most important is that Lonzo He is averaging 11 points, 9.0 rebounds and 3.3 assists over the last three games while shooting 50 percent from the field and being far more aggressive overall. As long as he keeps that up, it's unlikely