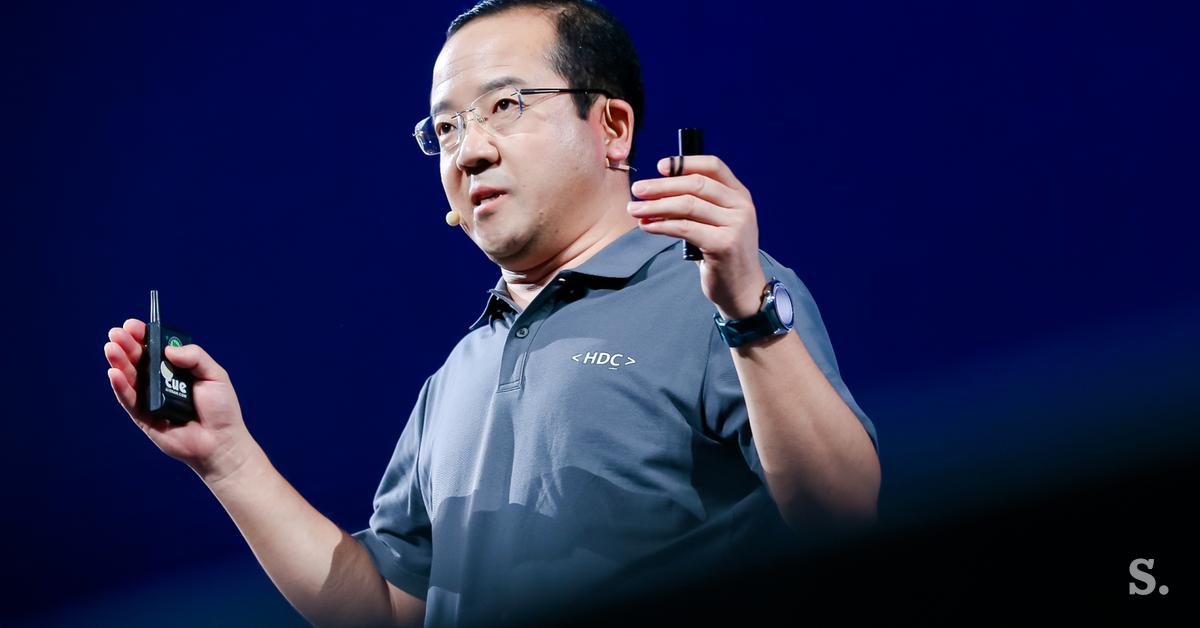 Dr. Wang Chenglu, The chairman of the Huawei Consumer Business Group's software division said that EMUI 10 is using distributed technology to provide the best user experience across all devices.

EMUI 10 provides connectivity between devices as well as between devices and applications that once developed and work on many devices and in different modes of use. It will encourage the development of specialized applications, innovative smart devices in vehicles and the execution of business functions on multiple devices. One-to-one app development, which then runs on multiple devices, will increase efficiency, reduce costs and provide users with a smarter experience. Due to the openness of EMUI, Huawei expects partners and developers to come together and create innovative new experiences. At the conclusion of the presentation event Dr. Wang The beta version of EMUI 10 is set to be available for testing on P30 Series devices on September 8 and will be available to users of the next generation of Matt Family devices.

EMUI has 500 million users per day, meaning it is installed on at least several devices in 216 countries and supports 77 languages. Regular updates also make statistics great. Upgrades to EMUI 8 and later EMUI 9 reach 79 and 84 percent, respectively, and at least 150 million users are likely to opt for EMUI 10.

Since 2012, when EMUI 1.0 was introduced, Huawei has invested in R&D to continuously improve system performance. GPU Turbo technology technology enhances the impact of graphic processing by 60 percent, while Link Turbo's pooling technology allows data rate of data. By connecting Wi-Fi to 4G mobile networks, data transfer can be up to 70 percent faster than using a mobile network alone. The EROFS file system improves the read speed of Android data by up to 20 percent, and improves the performance of Arc Compiler third-party applications by up to 60 percent.

EMUI brings three innovations. New user-centric design (UX), the best user experience in all modes, and the new standard of operation. There are even darker ways to relax. Research has shown that people consider brightness and color saturation differently depending on the dark or light background. Dark mode adjusts the color contrast between text and backgrounds, as well as the text and the color of system icons, resulting in visual consistency, comfort, and readability.

EMUI adopts revolutionary distributed technology to support video calling on many devices in HD resolution. When the phone is ringing, the user may decide to answer the call on the smart speaker. However, in the case of a video call, it can be heard from a drone by friends for TV, in-vehicle displays or a real-time video stream. At work, your smartphone and computer can share screens, and you can transfer data between devices using a simple drag-and-drop principle.

But for a seamless experience enabled by distributed technology, it is necessary to first virtualize the hardware capabilities of each device. The device then enabled depends not only on its hardware capabilities, such as a built-in screen, microphone or speaker, but also on shared resources. Each device can borrow the necessary resources from others, as well as share their resources. Therefore, for a user or an application, multiple physical devices can be combined into one virtual machine.

Huawei also focuses on security. In addition to improved user experience, where technology is at the forefront, it also creates a distributed security system. Using its proprietary hardware and software software, it integrates the in-house security system that uses the core of the system chip architecture and the operating system as the foundation for security and reliability. Only user-certified devices can connect to each other, and the communication between them is encrypted from source to sync (end-to-end). This ensures complete security of data transmission between devices.

One development, use everywhere

Due to the popularity of the ecosystem of devices and applications, the number of different devices is increasing rapidly, not just smartphones and TVs. At the same time, users demand the same service experience, regardless of the device they are in or in front of. This poses a major challenge for developers, as they need to adapt applications for devices, languages ​​and data exchange.

There is no doubt that the future will be paved with a variety of uses and a large number of different smart devices. App developers need to adapt to this as well. EMUI 10 provides them with the ability to virtualize distributed user interface software frameworks and hardware. Therefore, they can build a multi-device application without customizing it individually.

EMUIs will facilitate the development of ecosystems

Huawei smartphone users have grown dramatically in the past few years. In recent months alone, the company has sold 100 million devices, and EMUI will offer more applications to users in the future and improve the device experience synchronously. In doing so, the first is looking for benefits for all stakeholders, so Huawei will continue to open capabilities on tools and platforms such as the Arc Compiler and Huawei Davico Studio. It will continue to work with developers and industry partners to create innovative experiences across all device usage situations.

The P30 Series smartphone will be upgraded to a beta version of EMUI 10 on September 8 for testing purposes. For P20 series devices, however, the update will be available later. Dr. Wang Chenglu also said that the final version of EMUI 10 will be unveiled for the first time on the next generation of Huawei Mate devices.

Huawei's products and services are available in more than 170 countries and are used by a third of the world's population, ranking third in the world in mobile phone shipping. Last year, Huawei ranked second in Europe in patent applications, with more than 200 million products worldwide, with more than 20 million Watch GT smartphones and more than 10 million P30 Series phones. In Slovenia, Huawei alone delivered 155,000 smartphones to its users last year, with an average market share of more than 30% of the Slovenian market.

Sixteen R&D centers are established in the United States, Germany, Sweden, Russia, India and China. Huawei Busins ​​Group Consumer Center is one of the three business units of Huawei, with smartphones, computers, tablets, cloud services … in the world.

The advertiser is Huawei.