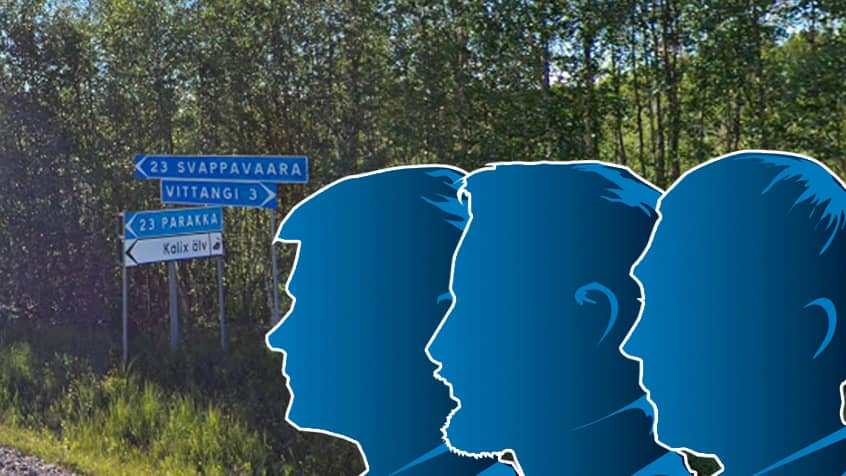 It was on July 27 that Kirinabo, 29, disappeared. There was no indication that he had voluntarily disappeared so police launched a preliminary investigation into human rape.

The night between Wednesday and Thursday – when he was 18 days – when the body of a 29-year-old woman was buried in an inaccessible marsh area in Parakak, about 10 km from Kiruna. Police then searched the man for several days.

The investigation has now been reclassified to murder.

Prosecutor Anna Bergstrom told SVT Norbotten, "None of the men confessed to the murder but two of them confessed to crimes against marital peace."

Now the police are working full time on the investigation. One of the investigative proceedings is a gummet survey of three individuals and their actions before being arrested by the police.

And according to Aftonbladet, police have made several findings.

One is that they got a surveillance film from the OKQ8 station in Viratangi, a community close to the marsh area in Paraka. According to sources in Ton Futonbladet, at least two of the three suspects appear in the pictures. They arrive at the station in udi and handle many different cans and in any case are said to have filled one of the diesels.

Police have also taken action on the tips received.

According to information obtained by Ton Futonbladet, one of these fires is related to a mysterious fire in a large barbecue cabin in Idivuma on the Finland border. On Sunday night, August night, the hornet suddenly ignited in the open air area – and according to Aftonbladet, the murder investigation has also led to the fire.

All three men were arrested on the night of the fire.

Now residents in Idivuma, with whom Ton Ftonbladet has spoken, believe the fire can be linked to the 29-year-old's disappearance.