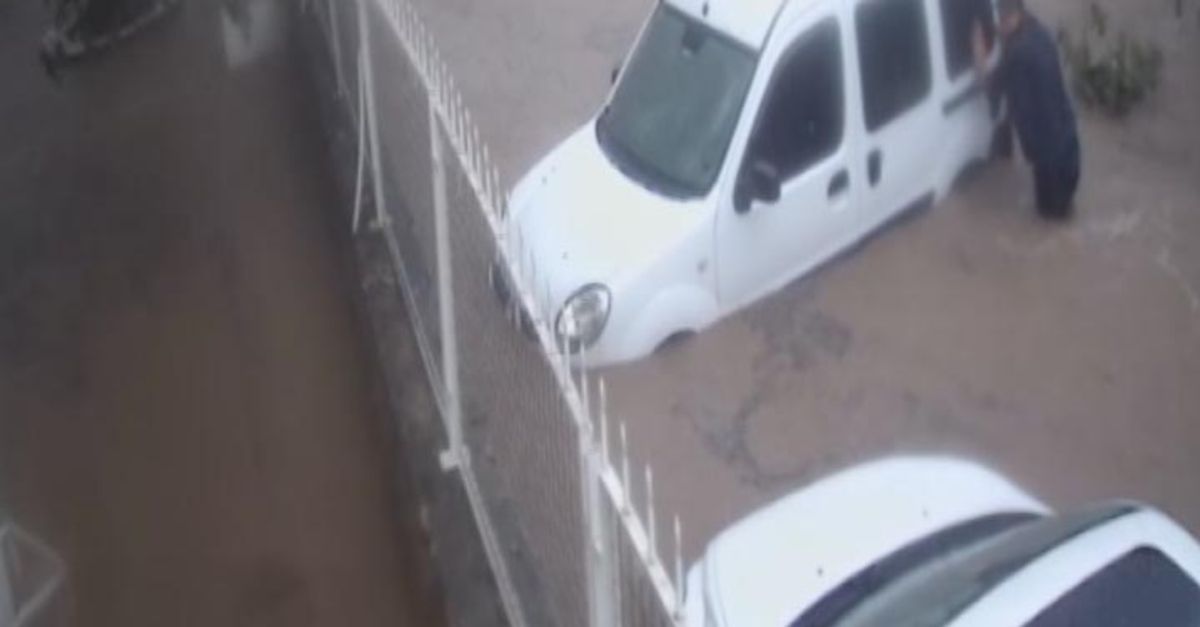 Following the strong authority of the impact of heavy floods seen by security cameras, the tourists of the district recorded difficult moments of the citizens.

In the image recorded in the Yenikoy neighborhood, it is worth mentioning that the vehicles parked on the street to move to the lake started moving towards the flood.

A civilian with difficulty entering the water entering the water chamber, pressing the light commercial vehicle by pressing his hand with the edge of the wall going to his house and returning to the rope. Then the man tries to fix his car by connecting his car on iron railing.

On the same street, another neighbor was taken to a safety camera, who had taken the dog to his house by flooding.

On 29 November, a flood occurred in the Bodrum district of Mugala, where a large number of homes and workplaces were damaged.

Important reasons for the day