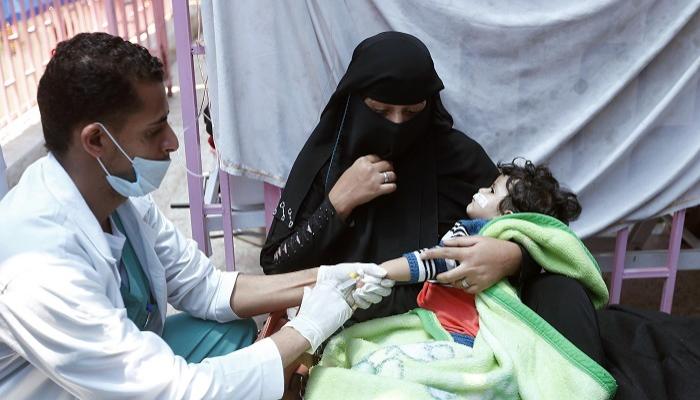 A joint study by the British Wellcome Sanger Institute and French Pasteur has found that there is a strain from East Africa, which migrate from this place and this place, is a possible source of cholera epidemic in Yemen,

In a study published in the journal Nature on January 2, researchers have found that cholera epidemic bacteria in Yemen are associated with 7 PET strains, which first appeared in South Asia in 2012 and spread to East Africa between 2013. And before appearing again in Yemen in 2014, 2016.

"We have studied 3 different people from the National Public Health Laboratories, bacterial isolates and Saudi Hospital near the border of Yemen," said Francois Xavier Weil, head of the Gastroenterology unit at Pashur Institute and Principal Investigative Pastor Pasteur. Was sent by the Ministry of Health of Saudi Arabia.

There were 42 samples together from Yemen, together with 74 samples of South Asia, Middle East and East and Central Africa. Researchers compared these samples in the 1960's with a global group of over 1,000 cholera samples of the epidemic, "V. Cholera 7 PET" due to a cholera.

Using genetic sequencing, researchers found that the extraordinary strain of bacteria was associated with 7 PET due to the Yemeneic Cholera epidemic.

These findings contradict previous principles, that there are two different species of cholera spreading in Yemen. Most cholera strains, which exhibit resistance to many antibiotics of pestilence, also have unusual consequences of study that the strain of Yemeni cholera disappear, 4 genes responsible for antibiotic resistance are found in other races, which make them responsible for treatment.

And why the source of infection was not from East Africa, South Asia, where the stress first appeared; "It is known that cholera infection from one place to another is done by the human groups associated with it, because after its last appearance this disease has not returned, and new successive DNA technologies have enabled us to track the spread of cholera globally. , Which will benefit public and national health officials for taking appropriate control measures and taking preventive measures. "