In less than 24 hours, the gang "Robbery" in the clutches of Dubai Police 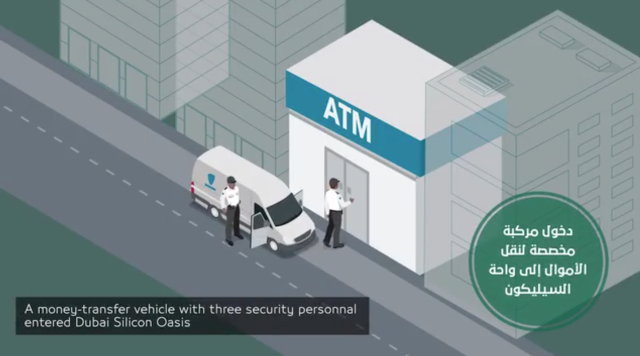 Dubai Police General Command has arrested gang members of African nationality who steal 4 million Darham from a money transfer vehicle in less than 24 hours in a operation called "betrayal".

Dubai's Commander-in-Chief Major General Abdullah Khalifa Al Marie praised the team for money transfer, theft of communication and the arrest of criminals in record time, asserting that in the preparation of the General Department of Investigation and Criminal Investigation and its Field Teams, all those events Gives the ability to cope. Always the final is finite and extremely professional and captures the task forces both who request a similar hatred or security breach.

At the same time, Major General El Marri praised the efforts of analysis specialists at the Criminal Data Analysis Center, which led to the supervision and identification of the accused.

The General Directorate of Criminal Investigation and Investigation Director Brigadier General Jamal Al-Jalaf said that the Command and Control Center received a report in the General Directorate of Operations, which stated that the vehicle was opened for theft in the Rashidia area. Which was developed, and the initial investigation revealed that the car transfers money had three staffs, two Asian nationalities and one-third of African nationality and had 20 million diamonds, and while two Asian employees could get out of the car and pass their needs When he went for, he shrugged off the employee's chance and stole 4 million dirhams and stole unknown Topics fled.

Brigadier Jaffafe added that during the search and investigation process, it was clear that the agreement with the gang of equal nationality for the accused was a previous plan. Accordingly, the procedure to prevent disposal of the stolen amount was made. Field troops were built according to their functions and ability, by the Criminal Data Analysis Center, equipped with the latest artificial intelligence techniques and programs, places of gang warehouses have been identified and their plans have been disclosed how to control the stolen money.

Large amounts are known by a person of similar nationality through the process of investigation and investigation, until the gang is used to hide the money stolen, until things become silent and away from sight, we thought that the police could not reach them.

Brigadier General Jamal Al-Zulf said that after the Task Force meeting, all the accused located in Dubai, Sharjah and Ajman were set to zero hour and those areas were coordinated with criminal investigation departments. In less than 24 hours

Brigadier Jalaf called all the money transfer companies to follow the rules, responsibilities and standards set by the Dubai police in coordination of security systems and stressed that the Dubai Police is always active to establish basic standards for reducing crimes before securing safety, wealth and public order. Is there.