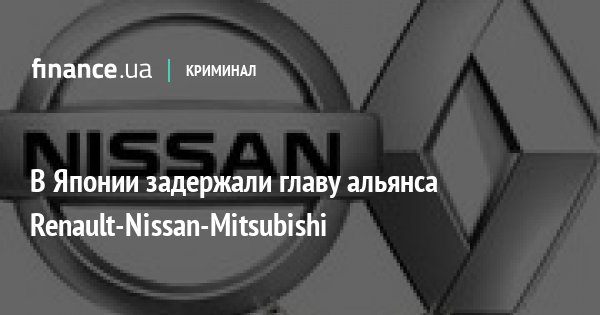 The Renault Nizan Mitsubishi was arrested for alleged violation of Japanese financial rules, including the Board of Directors and the director board of the company.

Niza officially issued a statement saying that premiums for Tokyo Stock Exchange were downgraded and the company's assets were used for personal use.

This was reported by Giovanni Shimon and TV NHK.

Greg Kelly, another Nice Top Manager, was involved in these violations. Hirato Sayakawa, president of the company, wants to resign from the company's board of directors, Gon and Kelly.

Furthermore, Nissan has been relieved of the prosecutor General's discretionary involvement in Japan.