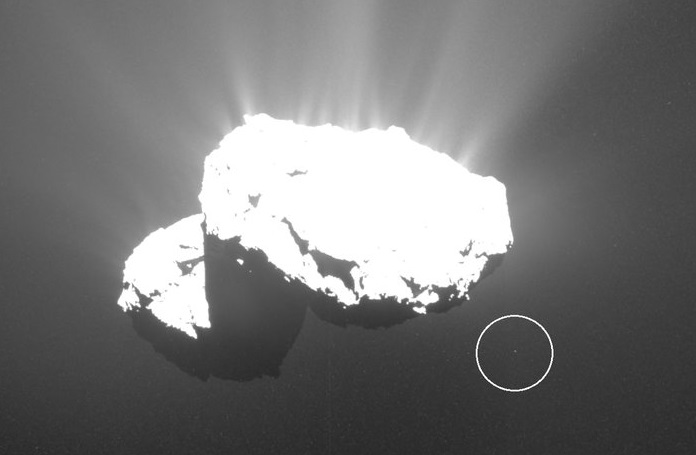 Astronomers are able to witness the appearance of an object of unknown origin near the global body.

Experts focused on the fact that for a few hours unknown guests crowded near Comet Churyomov – Gerasimenko. It is noteworthy that anomalies were observed 4 years after the correction of the photographs. It is reported by the publication "Dialog.UA".

Astronomers have noticed that while moving from the comet, a strange object was in its orbit for another 12 hours. According to preliminary estimates, the distance between the anomaly and the comet is 2.4 to 4 kilometers. ESA personnel believe that the object may be located near the comet's orbit for a month.

Experts report that this was the largest occurrence of previously discovered cosmic bodies found near Comet Churyomov – Gerasimenko. At the moment, the comet is located between the orbit of Mars and Jupiter. In the opinion of most experts, the exterior design of the Churyamov-Gerasimenko / 67p is rich in large ice blocks, giving the comet greatness and originality. Currently, researchers have continued to study discrepancies carefully.