France 14-21 Fiji: Pacific Islanders record first ever over over France 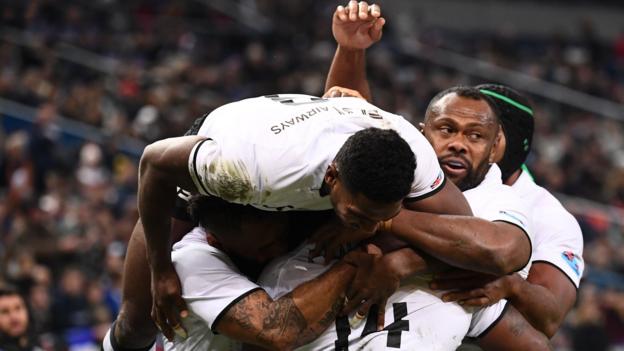 Fiji claimed his first ever win over France with a surprise 21-14 victory at the Stade de France in Paris.

Winger Josua Tuisova handed the visitors the lead once more but Guirado added a second try before the interval.

Fiji started the fall with a 54-17 defeat by Scotland at Murrayfield, before cruising past Uruguay 68-7 in Hartpury last weekend.

But their first ever victory over France, at the ninth attempt, will give John McKee's side lots of confidence before their World Cup campaign next year.

Wales and Australia will be among their opponents in Pool D.