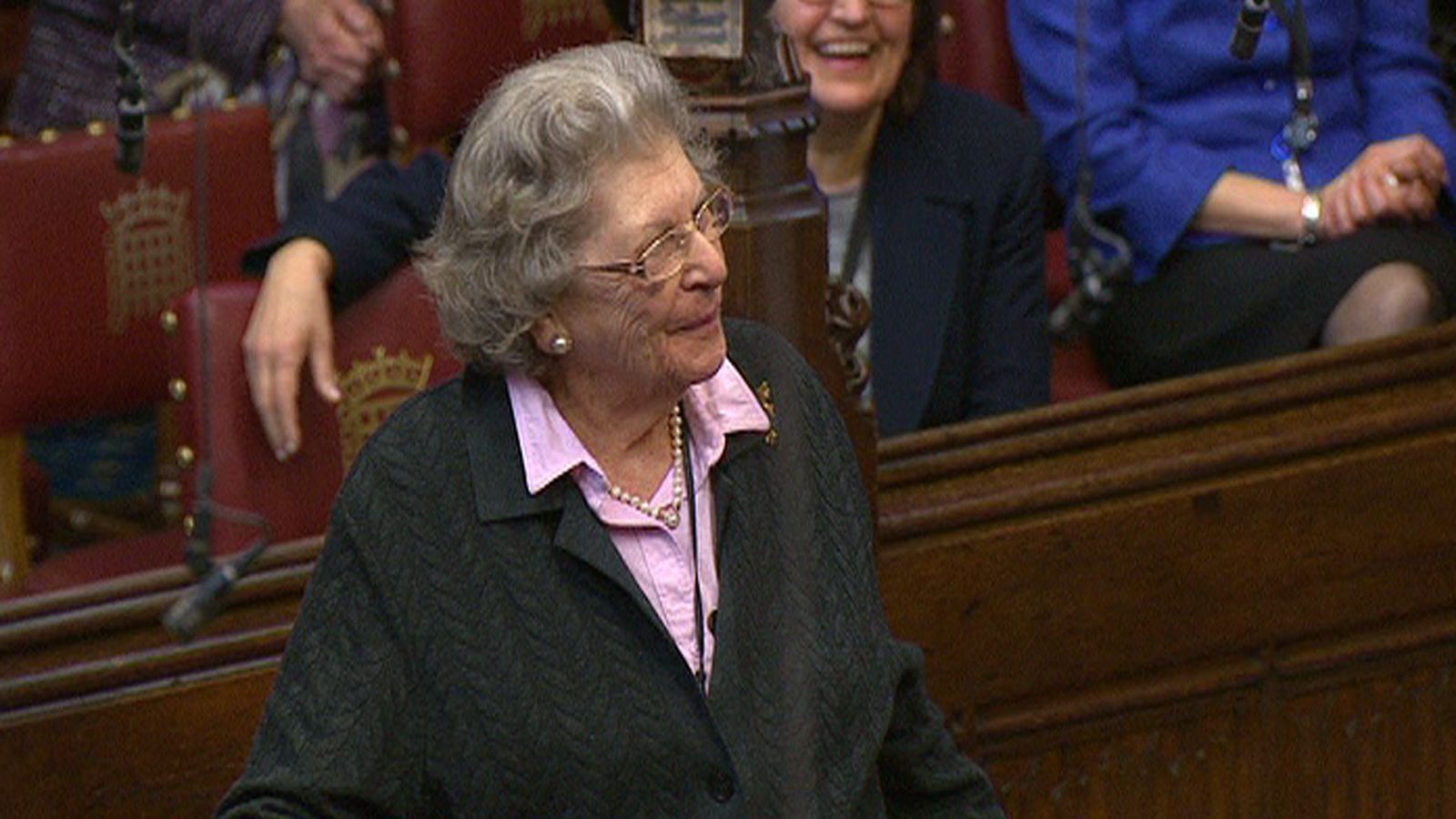 The Batlli Park code-breaker, which became famous for striking two fingers on a fellow Tori peer, died at the age of 96.

Baroness spent trumpets as a Conservative peer for 37 years and served as a minister and government whip.

She was standing with the House of Lords last year.

Her son, Adam Barker, announced on Monday afternoon that she died in her sleep after "bloody good innings".

Baronness Trumpington was born Jan Jr. Campbell-Harris in October 1922, and she was privately educated in England and France.

She later said, "I hate being a land girl." "There were only old men. Young men joined, and they were all apples – no animals."

She later transferred her to the Navy's intelligence at Battalley Park, which was working as a cipher clerk sent from a German submarine for code break breakers.

She later remembered this work as "deep boring".

After the war, he married Alan Barker, who later became the Chief Minister of Les School.

She started her political career as a councilor of Cambridge, became mayor in 1971.

In the 1980s, she entered the House of Lords, where she had her most famous moment in 2011: She was captured on camera by a V-sign on a fellow Tori peer on what was believed to be a rude remark about her age.

MPs described it as a trailblower and inspiration.

International Development Secretary Penny Moderne celebrated it as a "trailblower, heroine and a perfect joy".

She wrote that "a lot of sympathy for all those who know and love this unreliable woman."

"Thank you, we salute you."

Tim Faron, a former Liberal Democrat leader, said that he was "commendable, dignified and unique".

Baroness Sayedani Warsi described her as "a huge inspiration", adding: "She always had the time to say good, give advice or praise. I had the privilege of achieving trio of all three!"