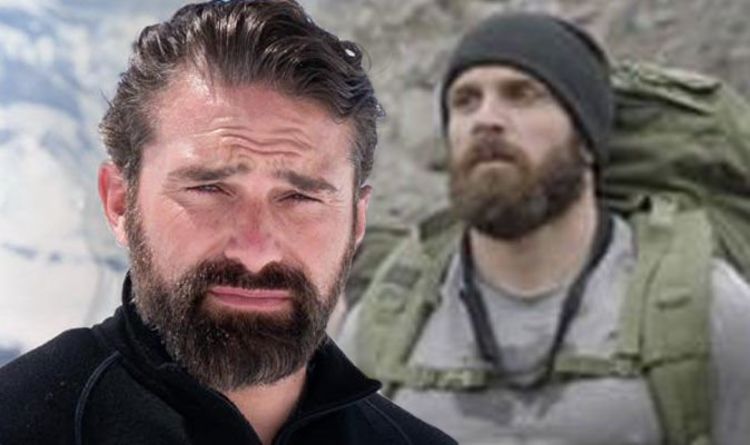 SAS: Who wins darers in the most difficult recruitment given to some difficult challenges in the United Kingdom.

During Channel 4 shows, competitors are forced to limit their selection so that who can pass the general selection test.

Andyes saw a new batch head to take part in some particularly difficult tasks this evening.

But overall, a number of viewers are distracted by the tide of number 6 themselves.

The Yorkshire Firefighter, Marc, focuses itself on.

The 31-year-old had done a good job this evening, but some did not help, but noted that it was the double of the instructor, Middle Middleton.

Ake wrote: "No. 6 only wants to love Eve Middleton."

The second wrote: "Like the 6 Mark aka Ant Middleton look."

"My money is already on No. 6, which looks like Ant Middleton, to win this," added third.

Split into the fourth part: "Confused with number 6 and @centitude."

Elsewhere on the thriller episode, when Ants failed to remove her bra, screaming while recruiting a woman.

Keeping in mind with real-life SAS, women were allowed to take part in the 2019 edition of Channel 4 Show.

Ant and Foxy sent everyone to a cool lake at one point and the recruiter was forced to answer questions, which shows that his mind was very difficult to resist any challenge.

After the completion of the work, the tide was taken to the "warm" tent, where they were allowed to rotate in their dry cloth before proceeding with the daytime mission.

However, some girls chose to leave their clothes, which resulted in their peak damp from their bra.

The voiceover explains how it was necessary for competitors to remove all wet cloths, as cold temperatures under colder temperatures would make life more affordable for recruitment.

When the ant saw wet T-shirt, it was completely broken.

"You have been given a dried f *** ing tent to prepare. Untrustworthy and you have just reconciled with yourself and your recruiter. Take your f *** ing bra," ant screaming

SAS: Who wins on Sunday 4th Sunday at 9pm wins what he wins.