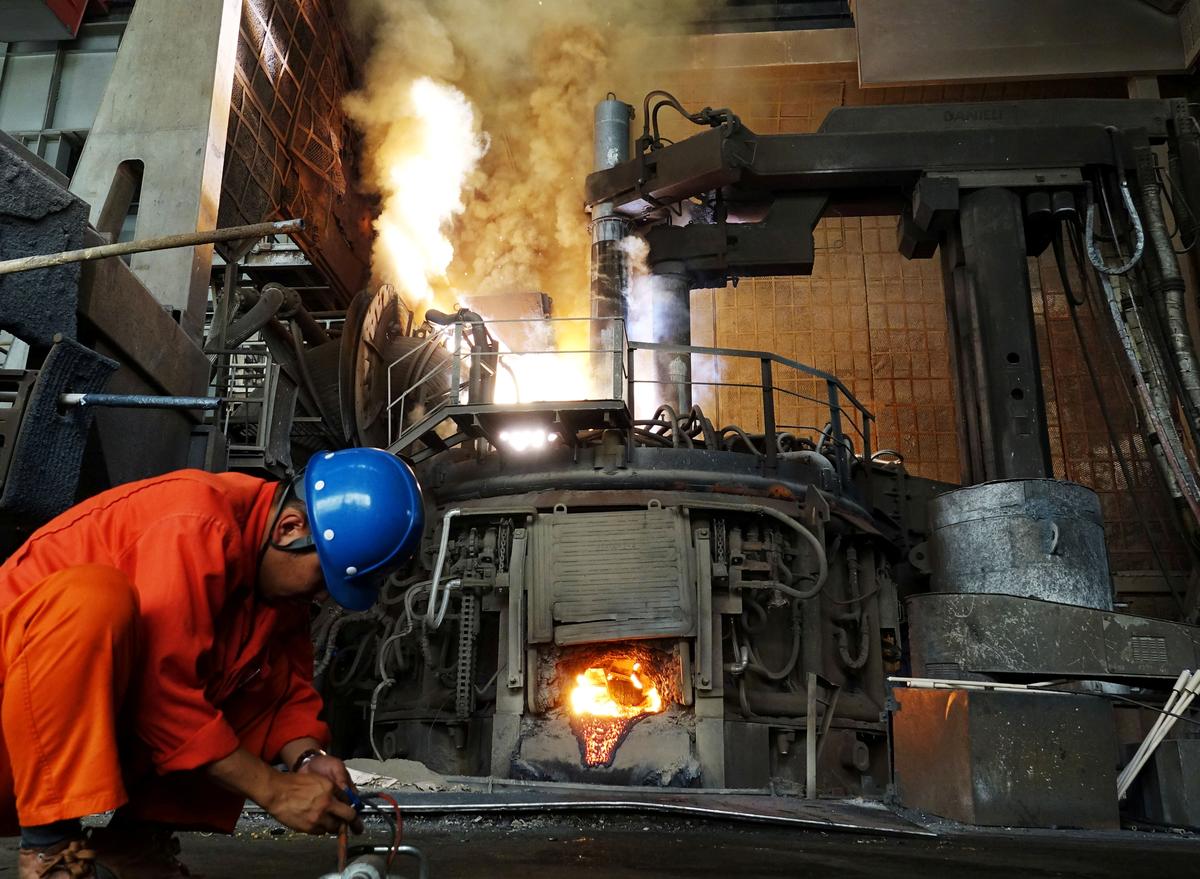 And with the world's no. 2 economy cooling and facing increased risks from a growing trade war with the United States, China's steelmakers are likely to feel more pain unless Beijing launches fresh stimulus measures, traders and analysts say.

Amid tumbling prices, Chinese mills – which make half the world's steel – are reining in cost by returning to cheap, low-grade raw material iron ore, in a boon for miners like Australia's Fortescue Metals GroupFMG.AX).

China's steel production hit a record 82.55 million tonnes in October, but steel prices and margins have since been shrunk as China's oiled back on winter output curbs, while demand weakened as cold weather.

"Fat margins were caused by firm demand and tight supply, which is unsustainable in the long term," said CRU analyst Richard Lu. "This decline is not temporary but the start of a downward trend."

China's steel producers had been in party mode since 2016 when prices were doubled as a strong infrastructure push boosted demand, and supply tightened as the country's tough anti-pollution campaign disrupted production

But as demand began to falter this month, mills were left with surplus steel, compounded by more lenient production curbs this winter as China allowed regions to set their own output restrictions based on emission levels.

The price of China's rebar – used in construction – has fallen 21 percent to a low of 3,496 yuan a ton on Monday from a seven-year peak in August, putting it in a technical bear market.

Profit margins fell Rebar producers in top steelmaking city Tangshan saw margins narrow to 297 yuan a ton on Monday from 889 yuan at end-October, according to data tracked by Jinrui Futures.

Tivlon Technologies, a Singapore-based steel and iron ore data analytics company, expects Chinese HRC producers to realize a loss of 150 yuan per ton in the second half of November compared to the first half of 200 yuan in the first half. Most rebar producers are breakeven, according to Tivlon.

Anticipating further steel price declines, traders who usually rely on over a pickup in demand by spring are shocking restocking, pulling inventories to the lowest this year.

"The risk of hoarding physical steel products right now is too high," said a rebar trader from China's Northern Liaoning Province who gave his surname as Wang. "The market generally believes prices will not stop falling unless steel mills are voluntarily cut output."

The shift is benefiting miners like Fortescue, which has been marked down with high-grade producers like Brazil's Vale (VALE3.SA).

The price of 65-percent grade iron ore for delivery SH-CCN-IRNOR65 fell to a 7-1 / 2-month low of $ 81 a ton on Monday, while 58-percent ore similarly slid to $ 36.50, its weakest since June SH-CCN-IRNOR58, according to SteelHome consultancy

That cut the premium for high-grade to $ 44.50, the smallest since March. In July, the premium hit $ 54.70 as China's bid for clearer skies increased preference for high quality ore.

"If the margins continue to drop, more mills will use low-grade iron ore," said a senior manager at a mill in southern China that produces both rebar and HRC.

Reporting by Manolo Serapio Jr. in Manila and Muyu Xu in Beijing; editing by Richard Pullin