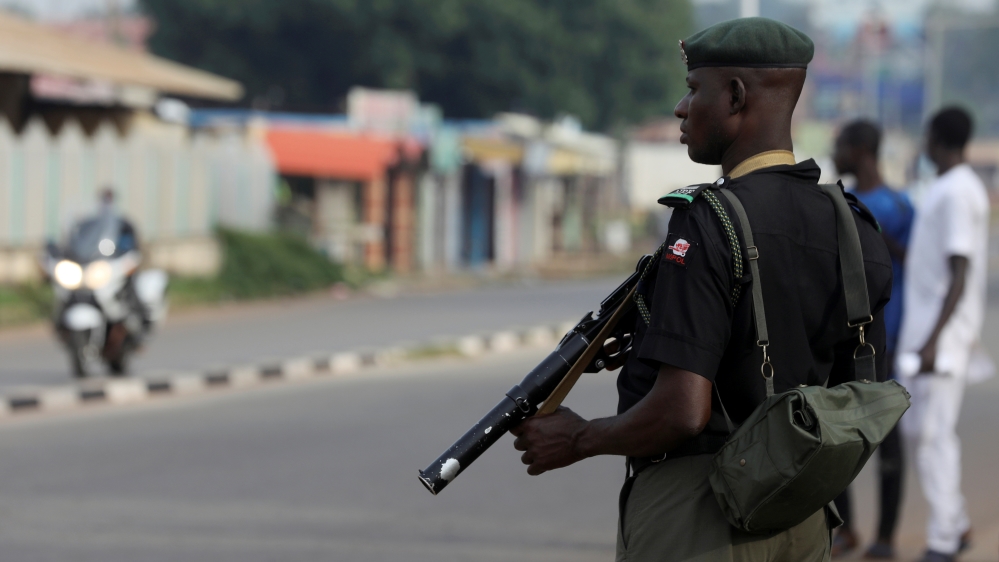 A source in the paper told the AFP News Agency that "this attack took place in our cover story on military preparations to take back the Bagha town captured by Boko Haram last week."

"He came in search of our journalist Haza Ederus, who wrote the story, but when he could not find them, they arrested two journalists."

After the security forces seized the reporters' laptops and mobile phones, the armed police sealed it at the office.

"The crisis that started in the office of Maiduguri today is on. It entered the newsroom on the third floor and confiscated computers and laptops before ordering everyone to vacate the building." A source in the paper said.

"They have sealed the house. This means that tomorrow we will not go to the media for the first time in 20 years."

According to the same source, similar operations were done at the same time at the Lagos Daily Trust Office.

The Daily Trust reported on December 31 that members of Boko Haram had occupied six places in the Northern Borno state, including Boga, in a dispute over military claims that this group is not in control of any region of the region.

Boco Haram follows a series of attacks on the military base of this area.

After the report, the military threatened to take action against "unscrupulous elements" and "unspecified news reports by some sections of the media".

It states that journalists were arrested to understand the importance of national security and the army did not want to silence the press.

The statement was made a few hours after the President commented on the attacks.

"The federal government has instructed the army to evacuate @DailyTrust's place and this order has been followed," President's spokesman Garba Shehu said on Twitter.

"The issues between military and newspapers affecting war coverage in the northeast can be solved through dialogue," he added.

Military troops launched a similar attack on the same office in 2013, in an unsuccessful attempt to arrest Eidis in another report believed to be the army.

In November, the Nigerian army threatened legal action for "counterfeit news" in the media reports, due to the large number of military casualties in media reports, which have official toll over the Boko Haram attack on military base in Metle village.

In June 2014, the soldiers caught the Daily Trust and three other newspaper newspapers and delivery vans on the reports by blaming the van for spreading illegal weapons, "painted the Nigerian army in bad light."

Nearly 30,000 people have been killed in Boko Haram since 2009 in order to create an independent constitution in northeast Nigeria.

It was pushed out of selfishness of the controlled territories in early 2015. But a group broken in 2016 – The Islamic State of West Africa (ISWA) – has claimed liability in the last few months for a range of military-scale attacks. Strategically located towns

In December, a village bug surrounded by Niger, Chad and Cameron border was attacked, leading to hundreds of 200 km in Maiduguri. Wants to get safety in the south.