NASA And Autodesk Are Working On An Interplanetary Lander 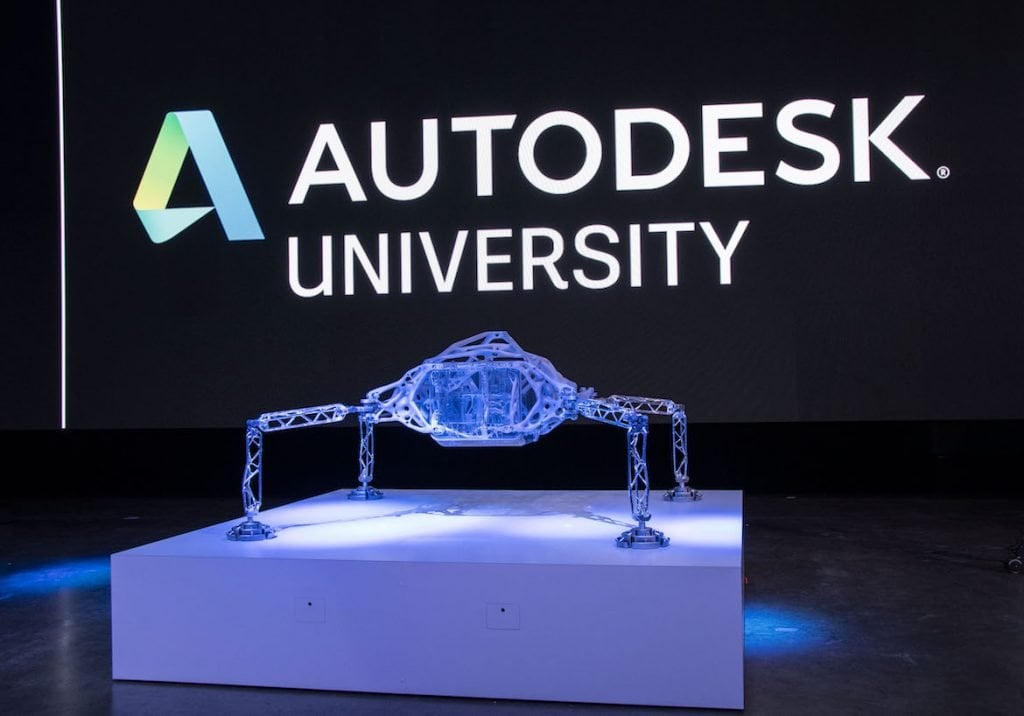 A team of engineers from NASA and the company company Autodesk have collaborated to design a new interplanetary lander using AI-powered software. The lander is very slim and weighs less than most of the landers NASA has sent to other planets and moons.

Autodesk revealed the design of the new interplanetary lander at its conference in Las Vegas. The design makes the lander look like a spider made out of metal. The idea to create this kind of lander emerged when Autodesk went to NASA to check the lander prototype it was working on. The team of engineers consisted of five members from Autodesk and five from NASA's Jet Propulsion Laboratory.

The team came up with a new design while thinking about the lander could more easily approach the more distant moons in our solar system, especially those with massive oceans under their crusts. One such moon is Saturn's Enceladus; it's believed that this natural satellite has the right conditions to harbor life one day. Another candidate could be Jupiter's Europa. It's no secret that NASA has been studying concepts for landers capable of touching the surface of that moon, such as its Europa Clipper spacecraft.

Autodesk and NASA worked on their interplanetary lander for mostly experimental purposes. NASA wanted to come up with solutions to make the lander as light as possible. The best materials are capable of withstanding space debris and other interstellar dangers for the lander are titanium and aluminum, but those materials would be too heavy, according to The Verge.

Another problem was that the vehicle was weighed, the more difficult it would be to launch it into space, not to mention more expensive. Additionally, if the vehicle's weight was reduced, it would be able to carry many instruments to collect more scientific data.

"When we initially talked to them, they said reductions in mass of 10 percent are not all that interesting to us," Autodesk's senior director of industry research, Mark Davis, told The Verge. "If you can get on the order 20 to 30 percent, that's a game changer for us. So that was an initial target we set. "

To speed up the process of designing the interplanetary lander, Autodesk used its own AI software which can swiftly develop the dozens of different designs. This technique is known as generative design, and it helps engineers find creative concepts before building a project. To guide the software, the engineers set many constraints to follow when coming up with designs.

For the purpose of this project, NASA's JPL and Autodesk simulated a variety of temperatures and forces that the spacecraft would interact with its journey through space. The engineers also included other variables, like the materials the spacecraft would study and collect from the foreign world. The software also researched different and easy manufacturing methods, including included casting and 3D printing.

"What they do is carefully infuse new technology into their processes," said Autodesk's project technology lead, Karl Willis, said in a news release about the project. "They know they have to explore new ways to do things while risking at a minimum."

Willis further explained that one of the greatest benefits of the generative design is that it allowed the JPL engineers to apply their ideas and designs rapidly. According to him, the vast majority of the designs spend two to four months in revision. With generative design, the revision process is reduced to two to four weeks.

"That flexibility and speed to update an existing problem definition rather than the ability to specify the production constraints, make it a real shift for people designing these kinds of structures," Willis said.

NASA's JPL will continue working with generative design to develop the best version of the interplanetary lander.