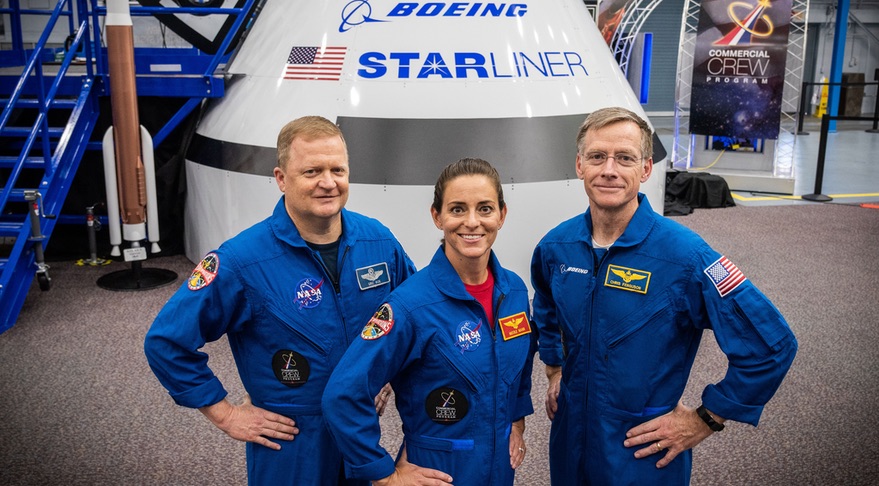 Washington – NASA announced on January 22 that it was in place of an astronaut who decided to fly on commercial crew test flight later this year due to a medical problem.

The agency said that Eric Bona has been taken to the crew of the Boeing CST-100 Starliner's Crude Test Flight, and will be replaced by NASA astronaut Mike Finke. Finch will serve as the assistant head of the Astronaut Office for the Boei Commercial Crew.

In his statement, NASA said that Boi would not be able to fly on a "starliner test flight" for medical reasons. NASA astronaut Nicole Mann and NASA astronaut Chris Ferguson, who are assigned to the flight to the other two people, will now be on a pilot flight for a Boeing test.

Bo, 54, 2000 joined NASA Astronaut Corps and flew two shuttle flights in 2008, STS-126 and in 2011, STS-133. The subsequent flight was the last goal of shuttle discovery before his retirement, as the shuttle program wound down

NASA announced the original crew assignments for the CST-100 Starliner test flight and the Separate SpaceX crew dragon test flight in August. The agency also announced the cruise at that time for the first operational mission for those vehicles.

The unified test flight of SpaceX's crew Dragon spacecraft is scheduled for February now, NASA announced January 10. The launch, previously scheduled on January 17, was delayed to provide "extra time" for hardware testing and joint reviews. After that The Falcon 9 launch complex that will launch the spacecraft 39 soon arrived on January 22 for a stable fire test. 23. Crude test flight will not be complied with before June.